I’m always very happy to answer questions about my writing (and to talk about myself, ahem), so when fellow novelist Gilli Allan sent me some questions for my blog I was more than willing to have a little think!

What is the title of your next book?

Where did the idea for the book come from?

I wondered what would happen to a girl who won a fabulous dream wedding in a country house hotel a couple of weeks after her fiancé had walked out.  She’s got the wedding sorted, but what about the bridegroom?

What genre does your book fall under?

Which actors would you choose to play your characters in a movie rendition?

Tom Hiddleston (aka Henry V) would be perfect for my hero Adam Lawley.

What is the one-sentence synopsis of your book?

Where’s a fairy godmother when you need one?

Will your book be self-published or represented by an agency?

It’s to be published in May 2013 by the multi-award-winning independent publisher Choc Lit.  So no pressure there, then.

How long did it take you to write the first draft of your manuscript?

That’s a difficult question because stories tend to slosh around in my head for a long time before I write them down, but I suppose about six months.

What other books would you compare this story to within your genre?

There are too many to list, but The Wedding Diary is a story about losing Mr Wrong and finding Mr Right with – I hope – a few new twists and a terrifying secondary character who the focus-group-readers liked a lot.

Who or what inspired you to write this book?

Last year – 2011 – was a difficult one for me for all sorts of reasons and I wanted to write a story which was fun, light-hearted and happy.

What else about your book might pique the reader’s interest?

The novel is now up on Amazon for pre-ordering - click on the book cover image on the right for more information and see if it takes your fancy?

Thank you, Gilli Allan, for inviting me to answer these questions.  You can pop over to Gilli’s own blog at http://gilliallan.blogspot.co.uk/.

If you’re a fan of women’s interest fiction, some other blogs you will enjoy reading include http://lizbaileywritingtips.blogspot.co.uk
http://www.lizharrisauthor.com
http://christinacourtenay.com
http://www.christinestovell.com
http://dizzycslittlebookblog.blogspot.co.uk
Posted by Margaret James at 8:42 PM 3 comments:

This month - can it be September already, what happened to summer - I am delighted to feature Liz Harris's debut novel The Road Back as my Book of the Month.

Liz was happy to chat to me about her novel and her writing life in general, and this is what she said:


"Recently, I returned from where I’ve been researching the novel that is to be published by Choc Lit in 2013 - and holidaying a bit, too, of course.

There can be no more exciting way to research a novel than walking on the ground that your characters walked. In the case of my characters, it was the Savery area in  lies in the shadow of the . There can be few things more thrilling than to breathe the same air my characters used to breathe. Admittedly, they breathed it in 1887 and it might have been recycled a few times since then, but that’s a small point.

The Road Back, available on Kindle and coming out in paperback this week, is partly set in , . Happily, I had no research problems there - I was born and brought up there, and still have family in the area. But it's also set in Ladakh, north of the , and that was a different matter. Since going to Ladakh wasn’t an option, I had to research the novel in the only way that I could, namely through books and the internet.

The starting point of my research was an album compiled by my late uncle after he’d visited Ladakh in the 1940s whilst stationed in . It was reading his album that gave me the idea of writing The Road Back, and it was with his words and photos that I began to learn about the country. 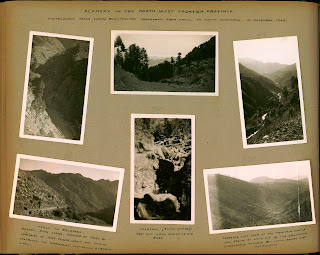 By the time I’d finished reading the album, I could see clearly the village in which my hero, Kalden, lived. I turned then to more books and the internet, which proved to be excellent resources for learning about a very beautiful high-altitude country in which its people are faced daily with the problems posed by living with a lack of rain.

We have only to think for one moment to realise how much we take having water for granted – to drink; for showers/baths; to wash our clothes and our dishes; for cooking; to flush our loos, and so on. It’s easy to see how difficult it would be if there were no rain to keep on filling our reservoirs and rain barrels.

My research showed me the way in which the Ladakhi solved their problems, an interesting solution which struck at the very core of their lives.

But of course, a novel is much more than just a geographical background and a revelation of how people lived in their environment – it is a story. 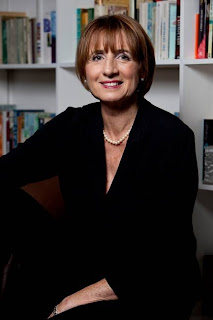 I love reading books that have strong stories and which feature characters who display the complexity of human behaviour, and I hope very much that I’ve captured real people in The Road Back, people whose story makes the reader want to keep on turning the pages to find out what happens next."

Good luck with the The Road Back, Liz - and with the next book, too!
Posted by Margaret James at 12:17 PM 9 comments: