I'm delighted to welcome the novelist Juliet Greenwood to my blog this morning. Juliet's new novel We That Are Left is published today and I was very happy to be able to chat to Juliet about her writing life. 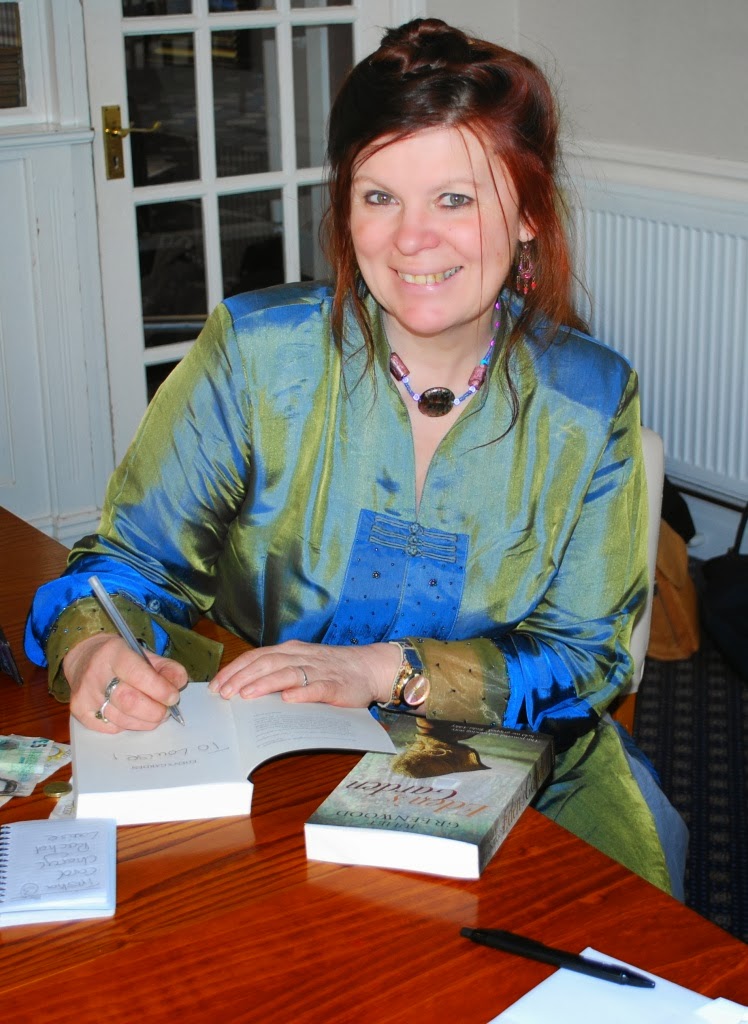 Who or what inspired you to write We That Are Left?

I’ve been fascinated by the First World War since studying the war poets like Wilfred Owen and Siegfried Sassoon. But I knew that I wanted to write about the experience of women and the civilians, who are so often forgotten. I was lucky to stumble across a wonderful book, http://www.amazon.co.uk/Elsie-Mairi-Go-War-Extraordinary/dp/1848091354 - Elsie and Mairi go to War by Dr Diane Atkinson, which tells the true story of two friends who set off to help the men on the front line. They were amazing women, and from their story I also learnt about the many women who set up field hospitals, drove ambulances and braved horrific conditions and danger to help both the soldiers and the civilians caught up in the fighting.

My other inspiration was my mother, who as a teenager was in when WW2 broke out and had to make a terrifying journey home on her own. I’ve never forgotten her stories of what she saw on that train journey as war erupted around her, including being hunted by a submarine as the boat crossed the Chanel. I’ve got family in , so this really brought home the sense of civilians caught up in the middle of a war, and what it is like to experience an invasion, something we haven’t experienced in for centuries.

What is this novel about?

We That Are Left is the story of Elin, young woman leading a conventional, comfortable life on the family estate in in 1914. There are shadows in Elin’s life, but she pushes them to one side until war breaks out and her life changes forever. With her husband at the front, Elin has to take charge, finding hidden depths in herself and gaining new skills and confidence. She works growing much needed food and developing her mother’s recipes, and when a friend is in danger, she braves the horrors of occupied in a desperate attempt to rescue her, racing through enemy lines in a battered ambulance. When the war is over, Elin is expected to return to being a dutiful wife, but with all that she has been through she finds this impossible, and so her own personal battles for freedom have only just begun …

How did you organise your research?

The locations were the most straightforward. Because I’ve family in , I’ve visited the war graves and the trenches several times. I’ve lived in , and is just across the water from me.

What was more difficult was finding out details of women’s experience in the war, as it has been less studied than the actual fighting. I found some great books and first hand experiences. One of the best things I did is a subscription to the British Library’s collection of online newspapers of the time. They have proved invaluable, not only in getting a sense of early 20th Century life an attitudes, but also some of the recipes that Elin uses in the book. As shortages began to bite, there were plenty of recipes and advice on meals without meat (unthinkable for even modestly well-off families before the war) and how to make the most of what was available. There are also traditional Welsh recipes that Elin uses, that she has inherited from her mother, so I had great fun trying them all out!

Who is your favourite character in the story?

I think it has to be Elin’s friend Lady Margaret, known as ‘Mouse’, who is headstrong and reckless and gets herself into all kinds of trouble, but beneath all the bravado has a heart of gold. She can be exasperating at times, but is determined not to be constrained by being a woman. She flies an aeroplane and teaches Elin to drive, but it’s when she takes herself off to the front line to help soldiers and civilians that she really finds a sense of purpose, despite the dangers.

What did researching the period teach you?

One of the big surprises was just how much women did in WW1. I knew that they took over much of the work at home, but I hadn’t realised how much they also did on the front line, including picking up bodies in No Man’s Land and driving ambulances. This was when women were considered too fragile to work or even study, and who were there simply to support their husbands – with marriage being their only respectable option in life. It also taught me how much we owe to these women, as they were also the women who after the war forged careers and created the freedoms and opportunities we have today.

The other thing that surprised me was just how much WW1 echoed the experienced of WW2. Although there was not rationing until the end of WW1, there were shortages and people had to find different ways of living. There were air raids, too, with first Zeppelins and then early aeroplanes making their way across the Chanel. It was clear that lessons had been learnt, so that things like rationing were put in place right at the start of WW2.

What does a typical writer's day hold for you?

I have a part time day job, so those days I tend to do research and social networking as I need a clear mind to really get going on my writing. On my writing days, I get up early and take my dog for a walk. This is my thinking time, when I’m working out my mind the day’s work, or sorting out a particularly knotty problem.


Thank you for chatting to me, Juliet.  Congratulations on the publication of this lovely new novel! 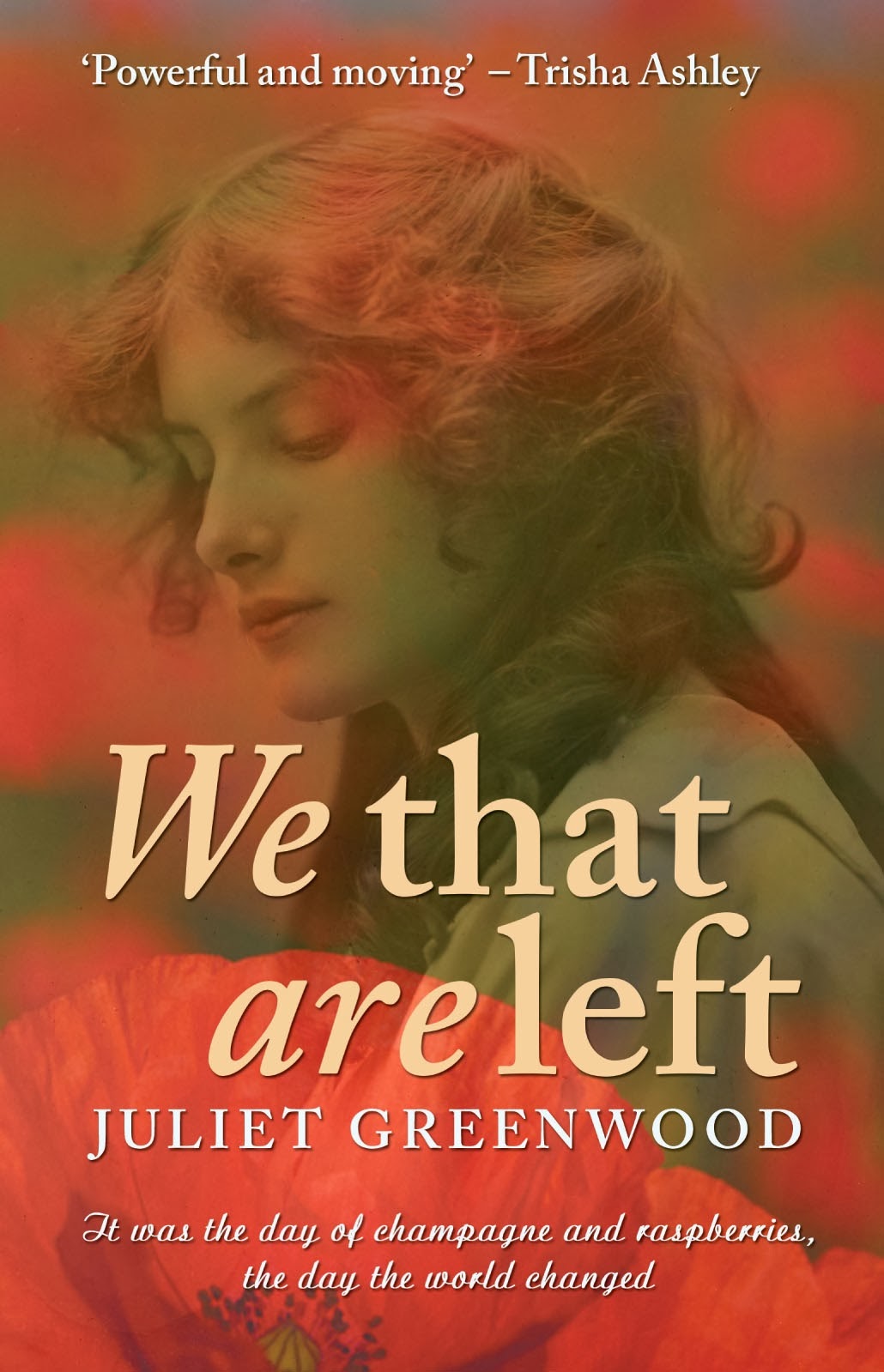 Juliet will choose a winner and I will ask the winner to contact me in March 2014.

The RoNAs are the UK equivalent of the Oscars for romantic novelists.  So I am absolutely delighted to have my novel The Wedding Diary on the list of nominations for this year's prizes. It's great to be in the company of so many authors whose work I know and love.

I am hugely indebted to my wonderful publisher Choc Lit for taking a chance on this novel written by an author who has no track record as a writer of romantic comedy.  Thank you, Choc Lit, you're the best publisher any author could wish to find!

Many congratulations to everyone on the shortlists and looking forward to the awards event, when the prima ballerina Darcey Bussell will be presenting the prizes.  I shall be in the same room as my perfect heroine and so, whatever happens on the night, I know I shall have a fabulous time!

Here are the shortlists in full:

Cathie Hartigan, Sophie Duffy and I are delighted and proud to announce the shortlist for the first Exeter Novel Prize. We enjoyed reading all the entries and, when we were compiling a longlist to send to our final judge, the London literary agent Broo Doherty, we had to make some difficult choices.

We suspect Broo had to make some difficult choices, too!

Here are the entries Broo chose:

A Puff of Madness - Heather Reed


The winner will be announced at the Awards Ceremony in Exeter on 22nd March. See www.creativewritingmatters.co.uk for full details.

The shortlisted authors are all winners and will all take home a cash prize. Who will the overall winner be? Well, that's a big secret between Broo and Broo! 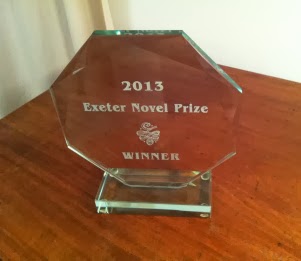 We're looking forward to finding out who will be the winner of this trophy and £500. The runners-up will each receive £50.
Posted by Margaret James at 6:07 PM 2 comments:

The whole book has now been serialised on www.creativewritingmatters.co.uk.

If you're a student of creative writing, or if you teach creative writing, Cathie Hartigan and I would be very happy to receive any comments on the book.  The final chapter will be free on the website until the end of February.  Then we will be sifting through all the feedback and producing a final version. 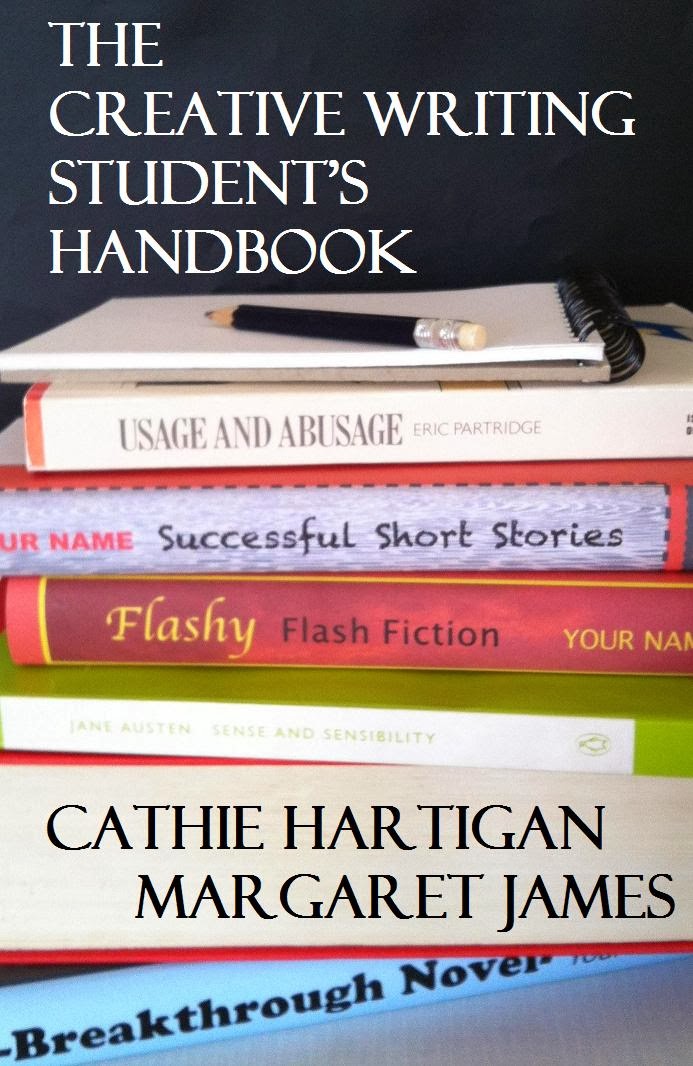 Thank you to everyone who has downloaded individual chapters (thousands of you) and commented on the website or emailed Cathie and me direct.

We hope we've given lots of people some useful help and guidance on their writing journey.
Posted by Margaret James at 12:33 PM 1 comment: