Hello, Daniel! I'm so pleased we could meet up today. What a splendid photograph of you, looking very bookish and authorly! 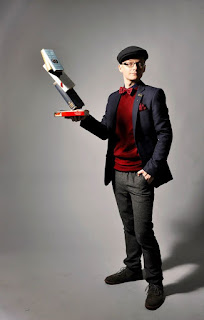 But now please put your books down, help yourself to cookies and make yourself comfortable, then we can have a good natter.

Hi Margaret, thank you so much for inviting me. I am super chuffed to be here.

I loved your book The Secret Diary of a Naughty Cat. As a cat slave myself, I could identify with the naughty cat and also with the cat’s own slaves. I hope you won’t mind answering a few questions for me?

Okay! So - what inspired you to write your book?

I’ve always wanted to write and have tried my hand at writing different things. I made the mistake of looking at publisher callouts/submission calls and trying to write something to fit what they wanted. But I learned that it is always best to write for yourself first. I want to write Fantasy and Paranormal Romance at some point, but I have had a few ideas for children’s books swirling around my head for ages. Plus I have two naughty cats of my own who have given me plenty of inspiration over the years.

Please tell us a little about The Secret Diary of a Naughty Cat?

The Secret Diary of a Naughty Cat is literally about a naughty cat. The idea came from watching my cats do some very naughty things and I wondered if there was a thought process behind it. Haha. Were they just daft or being calculating? This is the first book of a planned series and it focuses on some of the naughty things Naughty Cat thinks up and acts out on her poor unsuspecting humans.

It’s a fun little book that has had a couple of lovely reviews so far, and I will be writing further books. 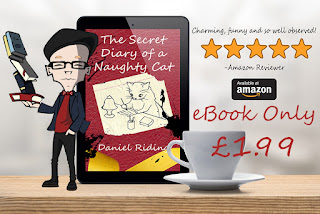 How long did it take you to write the book?

In all honesty, not really that long. As a starting book it is only a short one, and I had so much fun writing it so the actual writing of it happened quite quickly and smoothly. I did plenty of planning beforehand to work out what I was going to write about and what further books could entail. I have tried just writing without plans before but I have a short attention span and can end up writing myself down the wrong road and off a cliff. So a little bit of planning and note-making helps me keep on track. Well, sometimes.

Your Naughty Cat clearly despises dogs!  Any chance of you writing a companion volume to the cat’s diary and letting a dog put its own point of view?

That certainly is something I have thought about for sure, it’s a known fact that cats look down on dogs as lesser creatures. Haha. I do have plans for a number of ‘Diary’ inspired books, as well as more animal based stories.

I have two cats myself so will be introducing a second cat in a later book of the ‘Naughty Cat’ series for sure. I still have plenty of inspiration from my two little trouble makers.

How do you plan a typical writing day – that’s if you ever have such a thing?  Do you ever have days off from writing on which you don’t write anything at all and don’t even think about your work-in-progress? How do you fit writing into your life?

I don’t really have a typical writing day in the official sense, I have more of an accidental routine. I either head to my desk in the morning with the intention to write, but I then have a faff about on social media, checking emails etc. I give myself plenty of chances to wake up as I am not a morning person at all.

I have found recently it is best for me to plan a little bit just to keep me on track and keep focused. I have to write down any idea I get that looks shiny and exciting, otherwise I forget the one I am currently meant to be writing.

At the moment, because I’m excited about writing this series and publishing my first book, it seems to be taking up the majority of my thoughts. In quite an obsessive manner. I’m quite lucky in that I currently work in Waterstones in Liverpool which is only part time which works out really well. It gives me plenty of time to write when not working, and I’m lucky that I love my job in a fabulous bookstore.

Who are your favourite/inspirational writers?

When I was growing up I loved Enid Blyton, in particular The Magic Faraway Tree series, and Naughty Amelia Jane. For Fantasy books I love V.E. Schwab and Sarah J Maas. For Paranormal Romance I am obsessed with J.R. Ward.

Please give me some contact details so readers can get in touch with you?

To buy my book you can find it on Amazon:

Hello, Morton! Welcome to my blog, congratulations on the publication of your debut novel, and thank you for stopping by for a chat.

How did you come to be taken on by the award-winning independent publisher Choc Lit?

I entered Choc Lit’s Search for a Star competition in 2016 with my novel The Girl on the Beach and unbelievably I won! The win was made even more special because I’ve had a Choc Lit ribbon (it was wrapped around a book I won in a giveaway) hanging above my desk for many years and love the books they publish. It’s a dream come true to be published by them. My book came out on 24 January 2017. 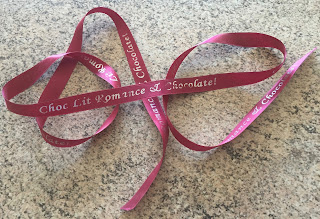 Tell me about your novel?

The Girl on the Beach is a contemporary romantic suspense novel set in a fictional seaside town.

The initial spark of inspiration for the story came from a school art competition run by a friend who owns an art gallery. When I later saw a news headline (I won’t tell you the subject, because it would be a huge spoiler), the two seemed to merge in my mind and the theme for the novel was born.

I quickly decided on my heroine, Ellie Golden, who is an artist with a troubled past and a teenage son, who she is raising on her own. The hero, Harry Dixon, is a bit of a mystery and provides the question which the book seeks to answer – Who is Harry Dixon? We meet Harry when he takes over as headmaster at Ellie’s son’s school.

The book was great fun to write. I wanted my heroine to be a survivor, sparky with a ‘have a go’ attitude.

I have been asked to write a series of books based in my fictional seaside town of Borteen and featuring some of my readers' favourite characters from The Girl on the Beach. I also have some aspirations to write historical novels. I have three in draft set in WW1, the English Civil War and 1066.

I would love to see my books as paperbacks and maybe audiobooks. As with all authors, it would be lovely to have one of my stories made into a film one day. 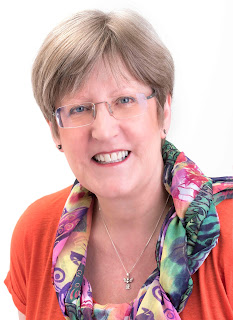 More about The Girl on the Beach by Morton S. Gray

Who is Harry Dixon?

When Ellie Golden meets Harry Dixon, she can’t help but feel she recognises him from somewhere. But when she finally realises who he is, she can’t believe it – because the man she met on the beach all those years before wasn’t called Harry Dixon. And, what’s more, that man is dead.

For a woman trying to outrun her troubled past and protect her son, Harry’s presence is deeply unsettling – and even more disconcerting than coming face to face with a dead man, is the fact that Harry seems to have no recollection of ever having met Ellie before. At least that’s what he says …

But perhaps Harry isn’t the person Ellie should be worried about. Because there’s a far more dangerous figure from the past lurking just outside of the new life she has built for herself, biding his time, just waiting to strike. 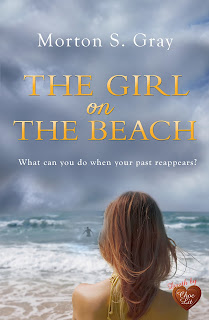 Morton lives with her husband, two sons and Lily, the tiny white dog, in Worcestershire, U.K.

She has been reading and writing fiction for as long as she can remember, penning her first attempt at a novel aged fourteen. As with many authors, life got in the way of writing for many years until she won a short story competition in 2006 and the spark was well and truly reignited.

She studied creative writing with the Open College of the Arts and joined the Romantic Novelists’ New Writers’ Scheme in 2012.

After being shortlisted in several first chapter competitions, she won the Choc Lit Publishing Search for a Star competition in 2016 with her contemporary romantic suspense novel The Girl on the Beach.

Previous 'incarnations' were in committee services, staff development and training. Morton has a Business Studies degree and is a fully qualified Clinical Hypnotherapist and Reiki Master. She also has diplomas in Tuina Acupressure Massage and Energy Field Therapy.

She enjoys crafts, history and loves tracing family trees. Having a hunger for learning new things is a bonus for the research behind her books.

Purchasing links for “The Girl on the Beach” at http://www.choc-lit.com/dd-product/the-girl-on-the-beach/

The Exeter Story Prize - the Great Read gets under way...

The Exeter Story Prize has fast become one of the major short story competitions in the UK, attracting entries from all over the world and offering great cash prizes as well as trophies to the winners.

The prize incorporates the Trisha Ashley Award for a humorous story, so as the Big Read of the 2017 entries begins we're hoping to have our ribs tickled by a good few of the entries.

You can find details of past competitions and learn more about Creative Writing Matters here: http://www.creativewritingmatters.co.uk/.

Past winners of our competition prizes include Su Bristow, Simon Kettlewell, Richard Buxton and Clare Harvey, whose fabulous novels you can find on Amazon and elsewhere. We know we're going to discover lots of fresh new talent this month and next. So we're very excited! 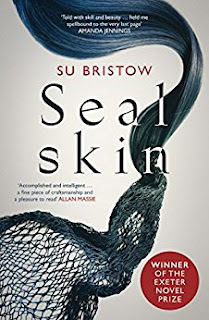 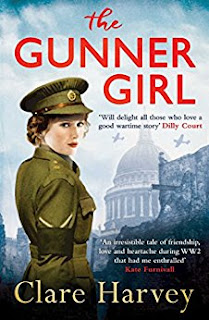 Finally - if you'd like to find out what kinds of stories have delighted the judges in the past, check out our selection in this anthology of stories from the 2016 competitions. https://www.amazon.co.uk/2016-Exeter-Story-Prize-Collection-ebook/dp/B01M2CX5J2/ref=sr_1_1?s=digital-text&ie=UTF8&qid=1494092308&sr=1-1&keywords=exeter+story+prize 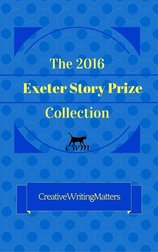 Posted by Margaret James at 6:33 PM No comments: