The Midwest of America in the fall - who could fail to be inspired?

Who or what inspires new stories?

Personally, I find many different places, people and objects inspiring. But in the case of my new novel Magic Sometimes Happens the inspiration was definitely a time of year and a place – , one of the states in the American Midwest – in the fall.

I’ve been in at that time of year, when the leaves are turning the most amazing shades of gold and crimson, when the sky is a deep, wonderfully rich cerulean and its reflections make the Mississippi River the same astonishing shade of blue, when the chill of the coming winter is already in the early morning mist, but in an as-yet-unthreatening sort of way. Here are some photographs I took on a recent visit. The first is of the Minneapolis skyline looking from Saint Paul (these two conurbations make up the Twin Cites of Minnesota) across the Mississippi River. The second is of the river itself, edged with sumach which - as you can see - is going a gorgeous shade of scarlet. The third is a statue of Hiawatha and his bride Minnehaha which is in Minnehaha Park.  You can't move in the Twin Cities without seeing a Hiawatha something or a Minnehaha something else, all commemorating Longfellow's narrative poem. 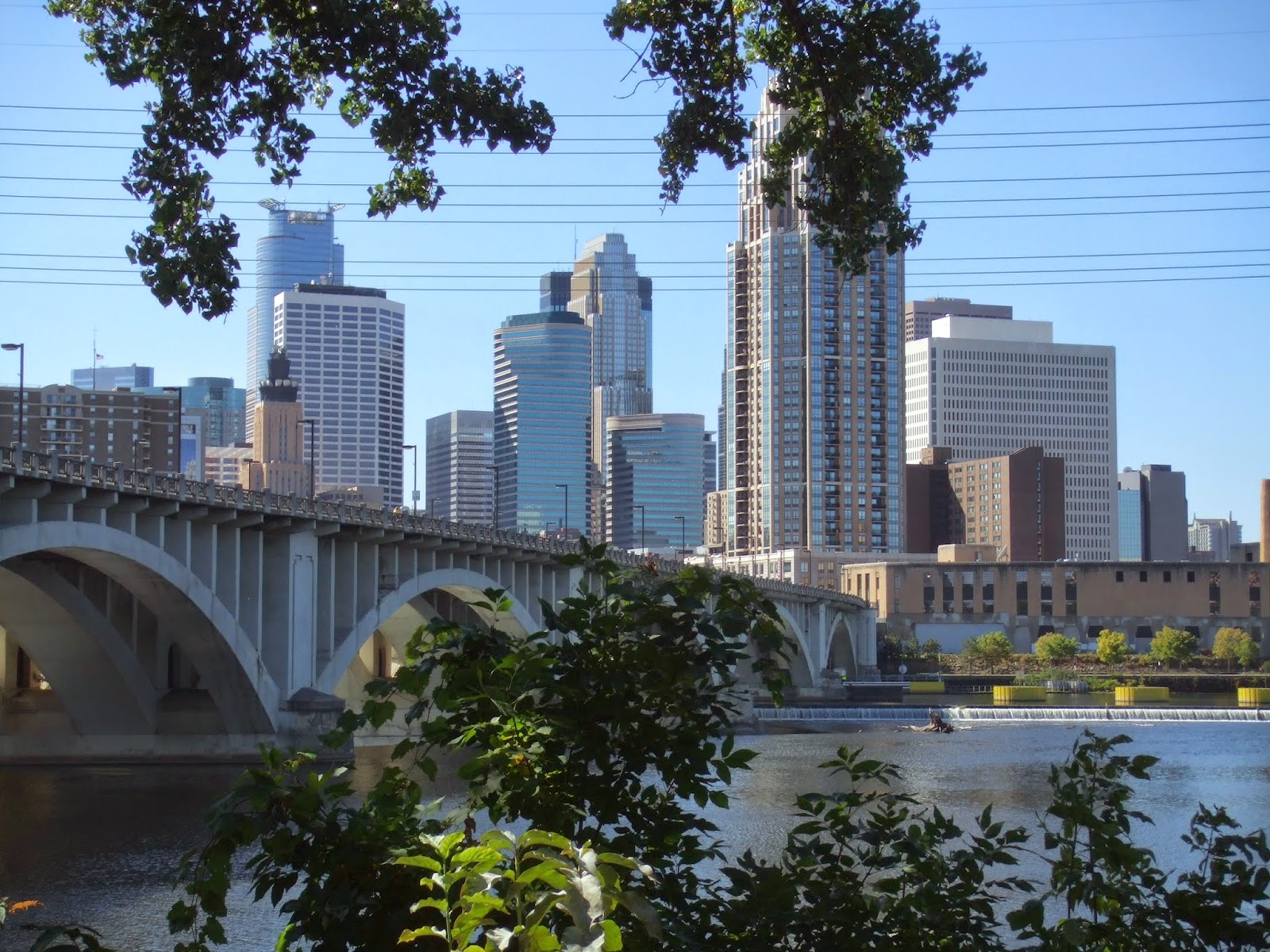 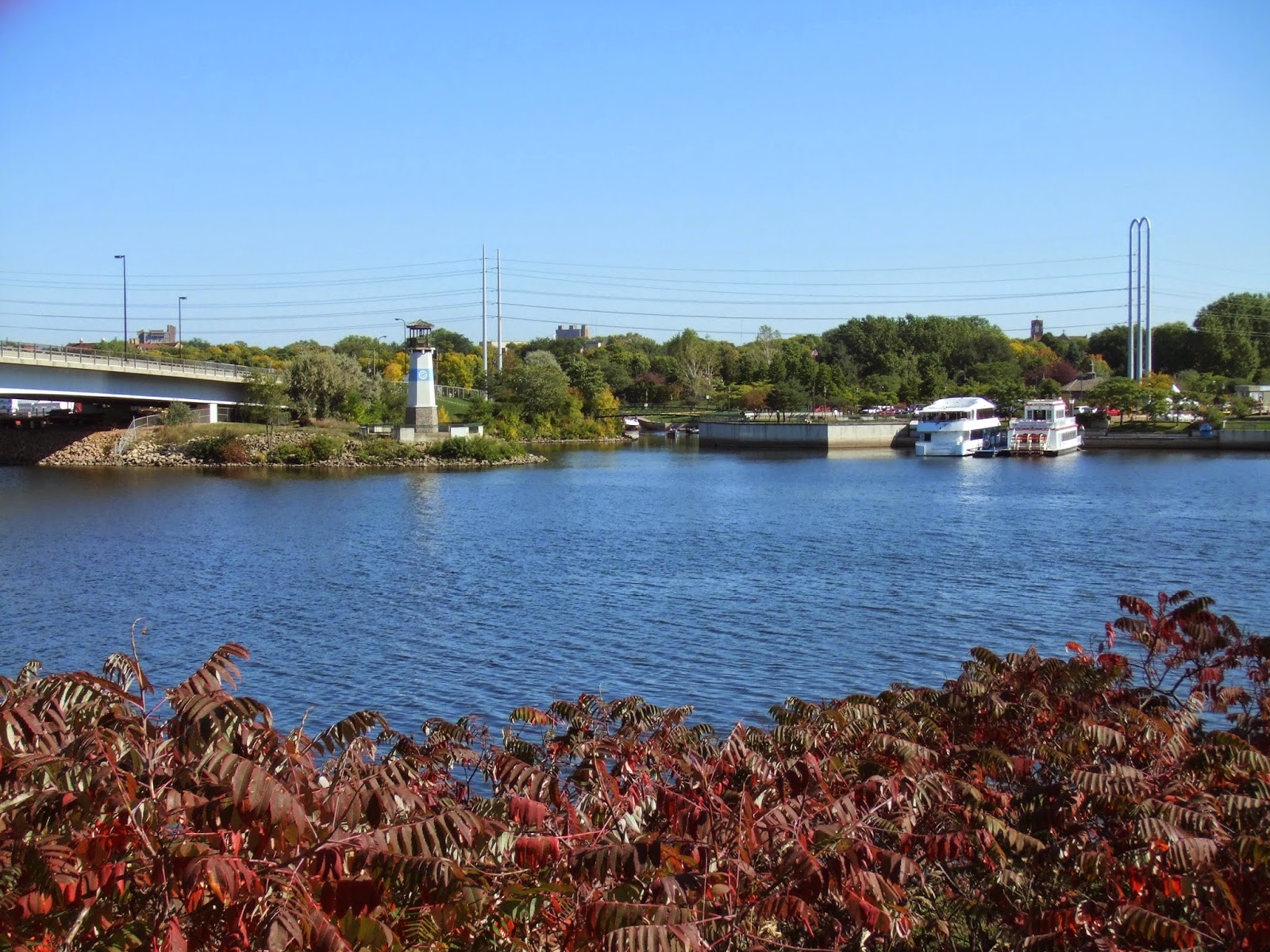 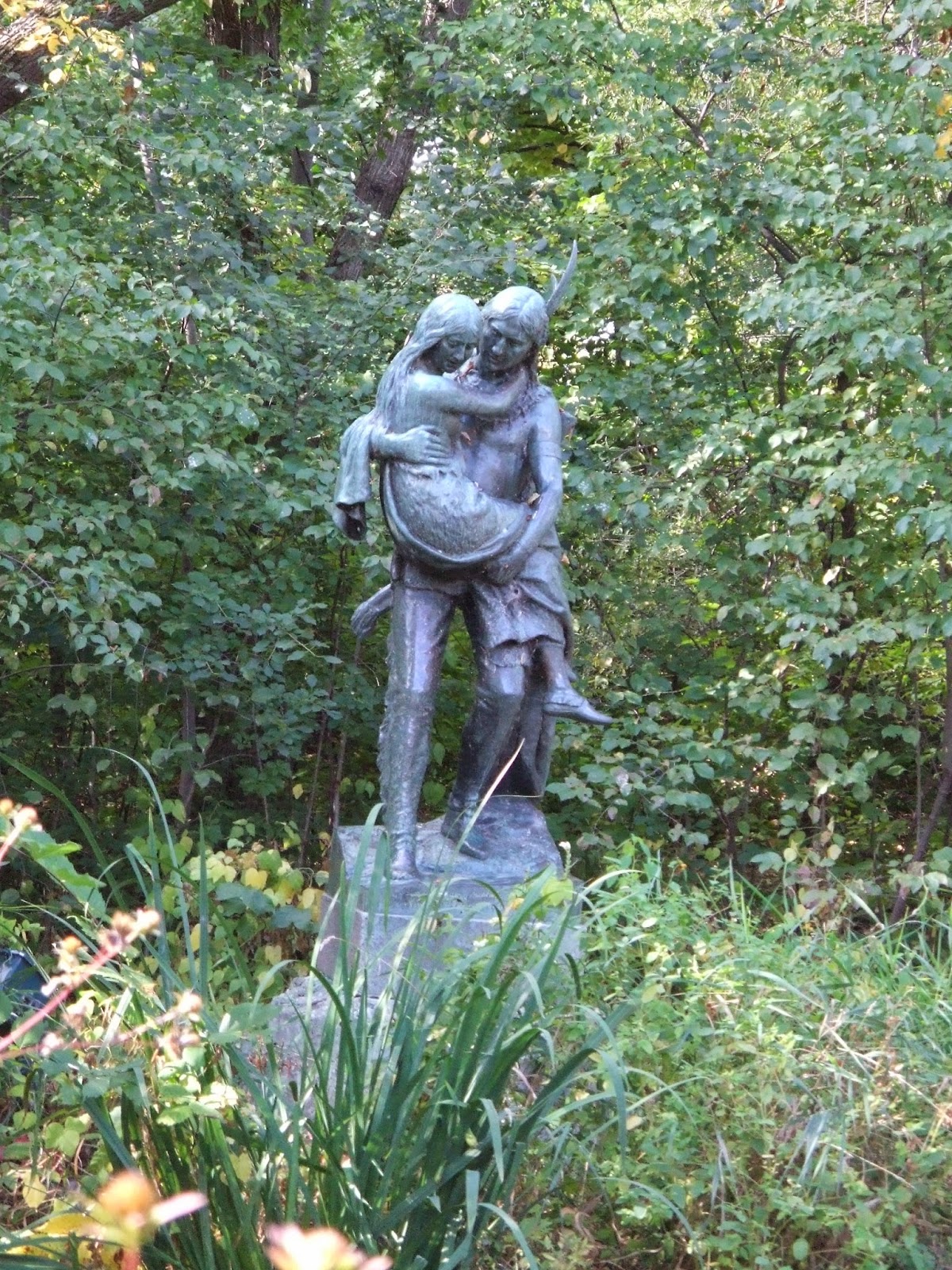 I wanted to take my heroine to the same place at the same time because when the novel opens she is desperately sad and in need of healing.  I thought would be just the place where magic might happen for Rosie.

What’s the novel about?

London-based PR and promotions consultant Rosie Denham has just spent a year in where she’s tried but failed to fall in love. She’s also made a big mistake and can’t forgive herself.

American IT professor Patrick Riley’s wife has left him for a Mr Wonderful with a cute British accent and a house with a real yard. So Patrick’s not exactly thrilled to meet another Brit who’s visiting , even if she’s hot. Pat and Rosie couldn’t be more different. She’s had a privileged English upbringing. He was raised in poverty in . Pat has two kids, a job that means the world to him and a wife who might decide she wants her husband back. So when Pat and Rosie fall in love, the prospects don’t seem bright for them.

The cover is the creation of the wonderful Berni Stevens, whose artwork complements my story perfectly because it's about all kinds of journeys. 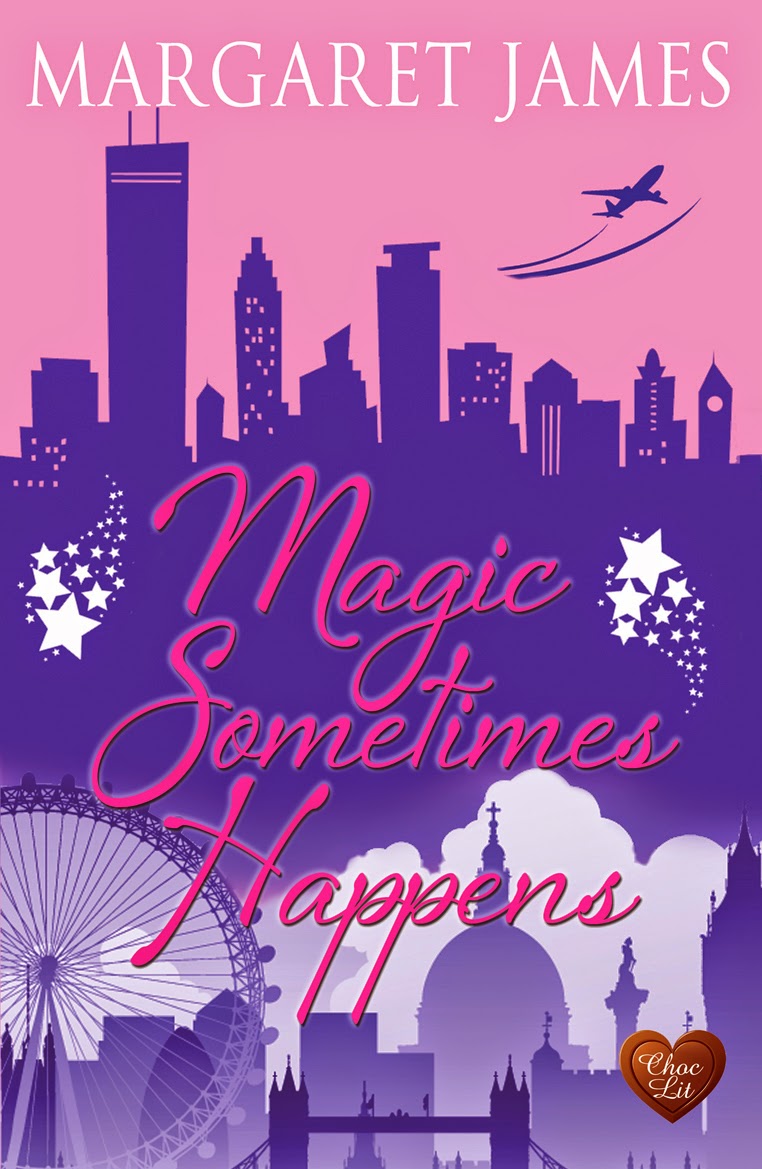 The Kindle version of Magic Sometimes Happens is available for pre-order now and the print version will be coming along later in the year, ready for Christmas. Click on the cover image to the right of this post to take you to the Amazon page.
Posted by Margaret James at 12:45 PM 13 comments: