Today, it's a great pleasure for me to chat to Victoria Cornwall, whose first historical novel for Choc Lit is published this month.

Thank you, Margaret, for having me on your blog today.

You're very welcome, Victoria. Do have a chocolate cookie and a cappuccino! Now - remind me how we first met?

That was in early 2015 when I joined the Romantic Novelists’ Association. At the time, I was pursuing my dream of signing with a traditional publisher. Luckily, I signed with the award-winning publisher of women’s fiction, Choc Lit, the following year. Not bad for someone who was not able to take English Literature as a subject in school. 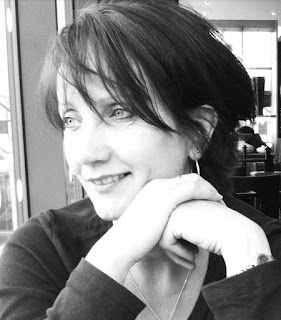 It's not bad at all! What were you doing before you became a novelist?

Up to this point, my life had been very different. I grew up on a farm in and my childhood was filled with chickens, cows, orphaned lambs, cats, dogs and an albino rabbit named Benjamin. 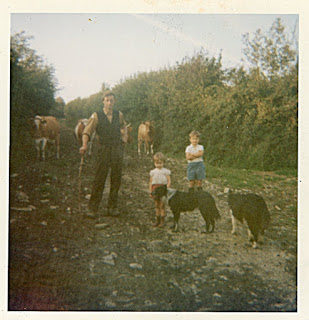 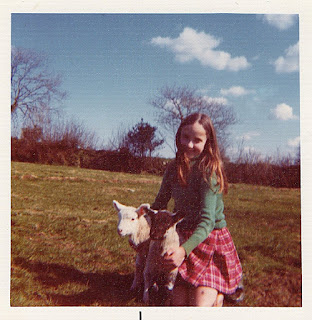 At 17, I headed for the big city, trained as a nurse and returned to to spend the next 20 years nursing. The role held great responsibility, but it was also very humbling to witness ordinary people showing great courage in traumatic or difficult situations. It certainly gives one a new perspective on life.

What sparked your interest in writing fiction?

A change of career finally allowed me the time to write, something I had always wanted to do. I wrote in secret and didn’t tell my extended family until much later. By then I had self-published two novels and they had both been nominated by InD’tale magazine for the RONE Indie and Small Published Book Award, I was also fortunate to be short-listed for the New Talent Award at the Festival of Romantic Fiction, 2014, I came to realise that I didn’t need to pass an exam in English Literature in order to tell a good yarn.

Who or what inspires your writing?

I guess all writers draw on their experiences of life. For me it’s my experience of Cornish rural life, witnessing the emotions and reactions of ordinary people to extraordinary events, and I'm also inspired by my love of history and romantic fiction.

Tell us a little about The Thief's Daughter?

My third book, The Thief’s Daughter, is my debut novel with Choc Lit and my first traditionally published book. It is set in 18th century , when is crippled by debt and poverty and smuggling prospers. Jenna has been brought up in a family of thieves; however, after being terrified by a thief-taker’s warning as a child, she has resolved to be good. After being saved from a brutal marriage by her brother, Silas, she finds herself a widow who owes him her life. So when Silas asks her to pay his creditors and secure his freedom from the debtor’s prison, Jenna feels unable to refuse and finds herself entering the secretive and dangerous world of the smuggling trade. 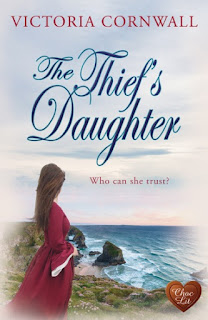 Jack Penhale has spent years hunting down the smuggling gangs who plague in revenge for his father’s death. Drawn to Jenna at a hiring fayre, they soon discover that their lives are more entangled than they first thought. As the line between housekeeper and employer becomes blurred, love and loyalty are tested to the limit, while her blood tie tries to tears them apart.

The Thief’s Daughter is about divided loyalties, family ties and love, but for me it represents so much more. It is a goal achieved and a dream come true.

It sounds brilliant, Victoria!  I'm looking forward to reading The Thief's Daughter very soon and wish you all the luck in the world with this lovely book, which is available here: