So here it is, Merry Christmas, everybody's having fun... 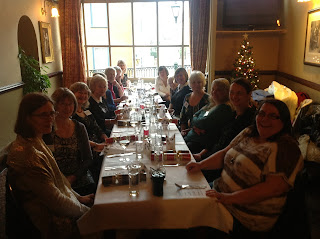 Or a group of romantic novelists and their friends had fun at the City Gate in Exeter earlier this week, and you can see from our happy, smiley faces that we extend our Christmas greetings to all our readers, too.

Many thanks to Jane Bidder aka Sophie King aka Jane Corry aka Janey Fraser for remembering to bring her iPad and for smiling nicely at the barman so he took the group photograph.

May 2013 bring all readers of this blog and indeed everyone else happiness and success.

Thank your for dropping by!
Posted by Margaret James at 2:36 PM No comments:

I'm delighted to reveal that today National Express and my publisher Choc Lit are getting together to promote my Christmas short story The Gift and my own recipe for Chocolate Christmas Charlotte. 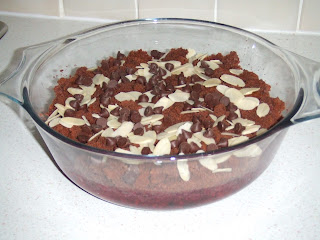 This recipe has been extensively tested in my own family and disappears as if by magic every time it appears on the dining table!

If you click on this link http://www.choc-lit.com/html/national_express_offer.html and enter the code SHORT you can download both story and recipe for free. There will be more short stories and recipes from my fellow Choc Lit authors appearing on the link above every day until 24th December. 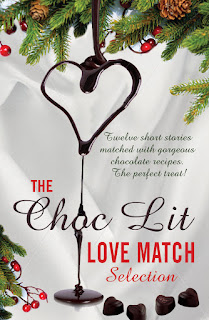 Posted by Margaret James at 11:12 AM No comments:

...or rather, Mr Armitage, looking unusually fierce and terrifying in a lot of leather and eyeshadow and wielding a big weapon called something or other - oh, I know, it's Orcrist, the Goblin Cleaver. So am I a Tolkien nerd, or what?

Only a few more days to wait. I think I might manage it. 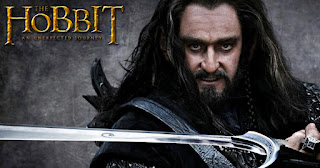 Apparently, you can buy coasters depicting Mr Armitage.  What? Put my cup of coffee down on his lovely face? I don't think so, somehow. A coaster depicting Smaug, now - perhaps.
Posted by Margaret James at 9:14 PM No comments:

My book of the month for December is a charming Christmas story written by a very young (she's eight) and hugely promising author, Indigo Haynes.

A Kitten Called Christmas - gosh, you'll think, it's bound to be sickly and far too sweet, isn't it?  Well, you'd be wrong.  It's an absolute delight, from the first page in which the author reveals that the heroine Jenny's father is a cat breeder which meant he had to sell most of the kittens for money. He's not a bad man. He's just trying to make ends meet and provide for his family.  But still...

A litter of Manx kittens has just been born, but one of them has a stubby tail which means she won't fetch a good price. What will happen to Christmas? This inventive and resourceful author invites us to find out.

Indigo has also written a science fiction story for children entitled Holly and the Rabbits from Mars, which is all about the adventures of a brave young bunny who saves the world from an invasion of gigantic red rabbits, and How Potatoes Saved the Queen, a story featuring Elizabeth I and starring a Tudor dog, whose name is - you've guessed it - Potatoes, and who belongs to Sir Walter Raleigh.

Last year, Indigo won a national short story competition judged by Francesca Simon, author of the Horrid Henry books, and I'm sure that in ten years' time (or sooner) she'll be writing bestsellers of her own.

There's a link to the Kindle edition of A Kitten Called Christmas to the right of this post. Click on the cover image to take you there.
Posted by Margaret James at 9:14 PM No comments: