All in one volume...

It can be annoying when you read a series of novels out of sequence. I've done this several times, for various reasons - perhaps because I've been given or bought one book, then realised it isn't actually the beginning of a whole story.

So I was very pleased when my publisher decided to bring out my Dorset trilogy as a one-stop Kindle download, and anyone who wanted to read it would be able to do so in sequence.

The Charton Minster Trilogy tells the story of heiress Rose Courtenay, who reaches her late teens in 1914, just in time for the beginning of the First World War, or Great War, as it was known until it was eclipsed in trauma and tragedy by the next one. 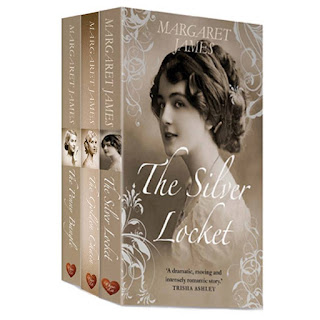 But this trilogy is not a sociological or political document.  It's the story of one woman and her family, her friends and her country. It shows Rose Courtenay (later Denham) making lots of mistakes and paying dearly for them, but also finding love, having children of her own, and having to watch them make mistakes themselves. Rose learns a lot during her long life, but at a great cost.

These are not gloomy books, however, and I have hopefully shown that whenever something bad happens to any of us it can be lightened and made bearable if we can only find the courage to love and be loved in all sorts of ways. Love between friends, siblings, relations and spouses - all are to be found in the Charton Minster Trilogy.

Meet the authors - Trisha Ashley and me!

Trisha Ashley and I will be in Bath Waterstones on Saturday 18th May from 12 to 2, and we will be very happy to meet and chat with readers. So, if you're in the district, please pop in and see us?

Trisha will be signing copies of her latest novel Good Husband Material and I'll be doing the same with my romantic comedy The Wedding Diary. Anybody spot a theme there? They're both bright, cheerful stories, so anyone need a pick-up or a beach read?

There will probably be more of Trisha's fabulous novels in the store, so please make time to have a browse. Bath is a lovely city. After the signing, Trisha and I intend to eat some Bath buns and go round the Roman ruins. Probably not at the same time...

Posted by Margaret James at 12:54 PM No comments:

I had a fun time today sitting on the Quay in Exeter chatting to the lovely John Govier of BBC Radio Devon. How could I not warm to a man who gave me a great welcome, a big block of chocolate AND a scone piled with clotted cream and jam?  Oh, and who got me eating it on air, too. 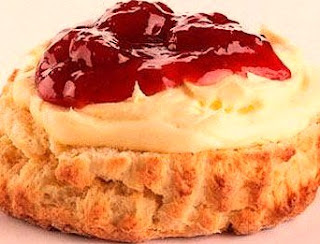 So now, anyone who wants to know if I can talk with my mouth full can find out! I'm chatting to John 2.10 hours into the programme.


Posted by Margaret James at 10:14 PM No comments:

Free ebook of The Silver Locket

Everyone likes a freebie, so here's one for you.

My historical novel The Silver Locket is free on the UK and US Amazon sites and various other platforms for a while, so if you're a romance, adventure and/or historical fiction fan, do pop over and download. If you'd like the ebook signed, I can do that for you if you visit http://www.authorgraph.com 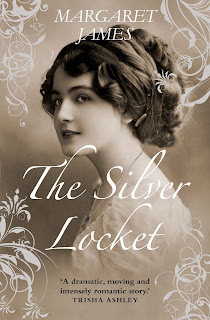 Here are the links:

Posted by Margaret James at 9:33 AM 2 comments: