It's an exciting day for me featuring the cover reveal of my latest novel and first for Ruby Fiction, The Final Reckoning. I've sometimes included thriller elements in my previous novels, but this one is definitely a full-blooded thriller, featuring a rather horrible murder and its aftermath.

Who knew the peaceful Herefordshire countryside could be so dangerous? Well, actually, in real life it's not, but in my invented village of Hartley Cross there is much to fear.

I sometimes wondered myself if my heroine would get out of the situation alive. Also, what the fallout of a dozen suspicions and revelations might be.

Thank you for visiting my blog to chat about your new book The Circle of Nine, which I understand hits the shelves on Sep 1st in the USA, and shortly afterwards in the UK? Please tell us a little more about it?

'It will be a pleasure. The Circle of Nine describes nine feminine archetypes, and how they relate to our own lives. I first came across "the nine" in the 1980s when I was in the company of other women looking for a new approach to feminine spirituality, but I soon realised it would need to be an approach that tied in with busy lives and modern expectations. I did in fact write an earlier version of the book, but this one really is new, much expanded, and I now get to include my experience as a grandmother, too! 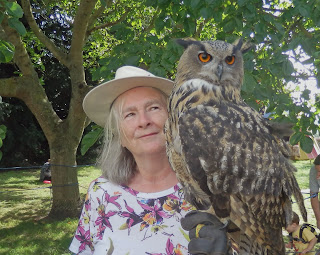 'Our original "Nine Ladies" group was named after a stone circle in Derbyshire, but I’ve now discovered that a ‘circle of nine’ has long been a kind of magical template for women  working together, both in myth and in history. It’s all in the first chapter of the book. 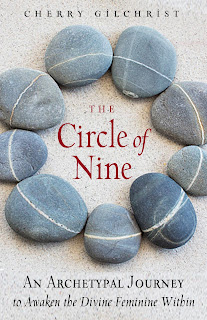 'I knew I wanted to be a writer from the age of about four, but I imagined that I’d write wonderful stories for children. During my teenage years I became a contributor to Jackie magazine, and also to the Poetry Review. But I’ve ended up writing mainly what I call "creative non-fiction". As the biographer Michael Holroyd says, non-fiction is such a dismissive term, so I feel we should try to improve its image! Almost everything I write about, in the thirty-plus books published, is personally researched. Since this stretches from Love Begins at 40 to Russian Magic and Grow Your Family Tree, I’ll leave you to imagine how this works! You can find out more at www.cherrygilchrist.co.uk.

'I write in cycles, in waves. When I’m going at full tilt I might work up for up to four or five hours, and then I do something different for the rest of the day, such as walking, browsing charity shops or gardening. Writing a book is like giving birth – when the book’s done I say never again! But then I forget the struggle and pain and start another one.'

The Circle of Nine: An Archetypal Journey to Awaken the Divine Feminine Within by Cherry Gilchrist (Weiser Books) www.amazon.co.uk/Circle-Nine-Archetypal-Journey-Feminine/dp/1578636329/ref=sr_1_1?ie=UTF8&qid=1535221868&sr=8-1&keywords=cherry+gilchrist

Posted by Margaret James at 7:42 PM No comments:

It's been a while since I've posted anything on this blog, but my excuse is that I've been busy writing one novel, editing another novel, and co-writing a guide to writing novels with my writing partner, the novelist Cathie Hartigan.

At last, The Novelist's Workbook is up there on Amazon, ready for readers to download for the coming academic year. The link you'll need is below. We hope this new guide will inspire writers who are facing the challenge of starting a first novel or maybe getting going on a new one. Our intention is that anyone who reads this guide will, like the toy astronaut on the front cover, want to reach for the sky! 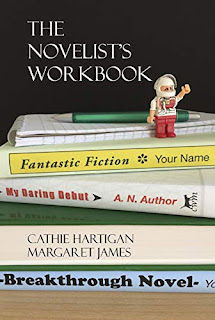 Planning, sketching out or plunging straight into a novel is a big challenge, but we are confident that with our help you'll get there.

https://www.amazon.co.uk/Novelists-Workbook-Definitive-Writing-CreativeWritingMatters-ebook/dp/B07GLYHHDV/ref=sr_1_1?s=digital-text&ie=UTF8&qid=1534775508&sr=1-1&keywords=the+novelist%27s+workbook
Posted by Margaret James at 3:39 PM No comments: 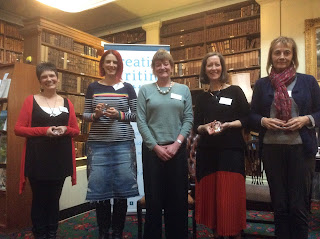 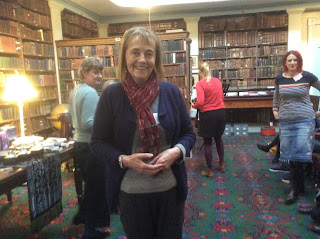 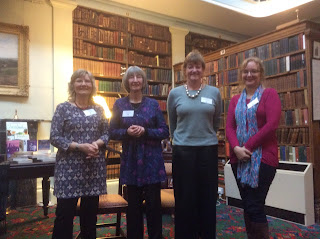 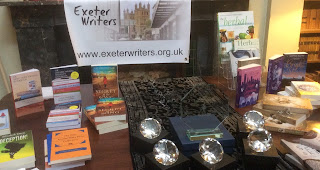