Readers will believe anything...

...that's if the author is cunning enough!

I'm a big fan of opera. But it's the music I love. The story lines are almost always absurd.  Or, let's be honest, ridiculous.

Or are they? I went to see a new version of Rigoletto last night, streamed live from the Metropolitan Opera in New York straight into the Picture House in Exeter.  Ooh, so exciting! 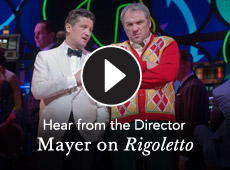 The story line of this opera is completely crazy.  Or so I had always believed. It's packed with contradictions and absurdities.  But - last night's production was set in Las Vegas during the Mad Men days of Frank Sinatra, Dean Martin and all those guys.  The Duke was a singer in a night club, and Gilda was an over-protected girl who never went out, except to go to church, and so it was almost inevitable that she would fall for the first man to give her the glad eye.

I could - for  the first time - believe that Gilda would sacrifice herself for this rotten, awful man with whom she was totally infatuated. I believed she would have killed herself or let herself be killed to save him from any kind of harm. I remembered how much I loved Mick Jagger. I thought of besotted groupies on tour buses, willing to put out for anyone with a guitar. I thought of all those fans who killed themselves when John Lennon died. Making the Duke a handsome crooner who looked about 25 and could have passed for a young Elvis, instead of some fat old bloke in red tights, suddenly made the whole thing believable.

There are some fabulous out-takes on this link - http://www.metoperafamily.org/opera/rigoletto-verdi-tickets.aspx
Posted by Margaret James at 6:08 PM