The stars of the recent Salem Literary Weekend, held in the much-haunted Salem Chapel in East Budleigh, East Devon, were identical twins  C L Raven, who came along  to give a talk about their writing careers and to read from their latest novel-in-progress, Bleeding Empire.

They entertained a full house of readers and writers and at the end of their talk the crime novelist Graham Hurley stood up and said it was a privilege to be upstaged by two such fantastic writers.

The twins are having a good year. Back in March, their novel was long-listed for the first Exeter Novel Prize and is currently with an agent. The reaction of the audience this weekend suggests Bleeding Empire has a great future and that Terry Pratchett has at least two natural heiresses now.

So well done, C L Raven - we're all expecting great things of you! 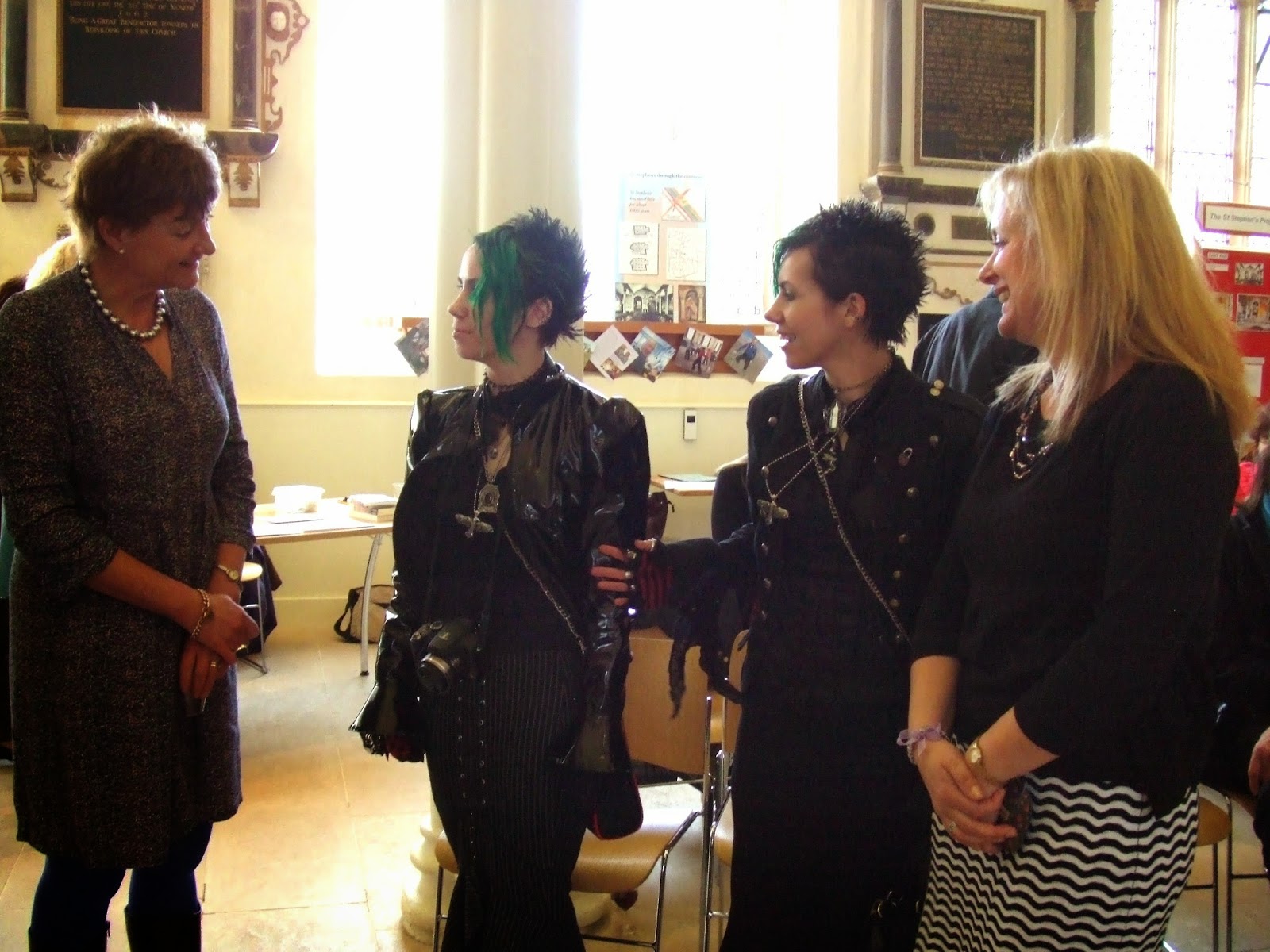 Above is a photograph of the twins with literary agent Broo Doherty and novelist Sophie Duffy at the Exeter Novel Prize awards ceremony in March.

You can read more about the twins' day in haunted East Devon on their blog at http://clraven.wordpress.com/, in which they reveal how they were treated by the elements in the West Country. Well, it's very green here, and that's a clue! But, in spite of being rained on rather excessively, they seem to have had a great day.