Today, I shall be talking to the novelist Isabella Connor, who is actually two people who have never even met, but who somehow manage to write brilliant novels together.

So, ladies – do you wish to reveal your day-to-day identities, or shall we keep them a secret? I’m sure readers would love to know how you manage to write independently and still deliver a seamless story, so will you share a few secrets with us?

We can reveal our identities, Margaret, but then we’ll have to kill everyone…

Isabella Connor is the pen name for Val Olteanu, who lives in Vancouver and is a teacher... 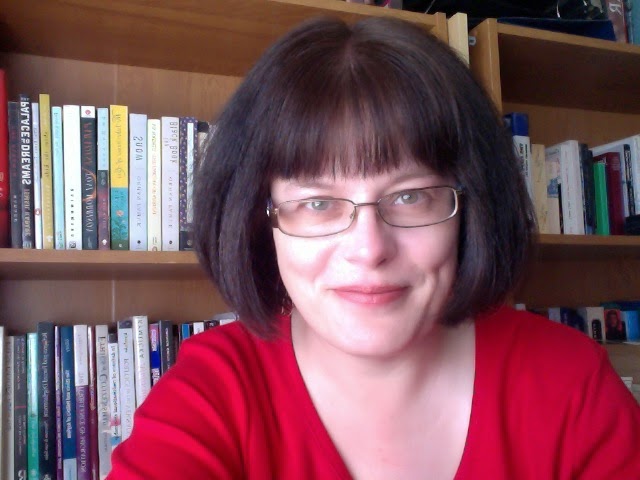 ...and Liv Thomas, who is on the south coast of  and works for the NHS. 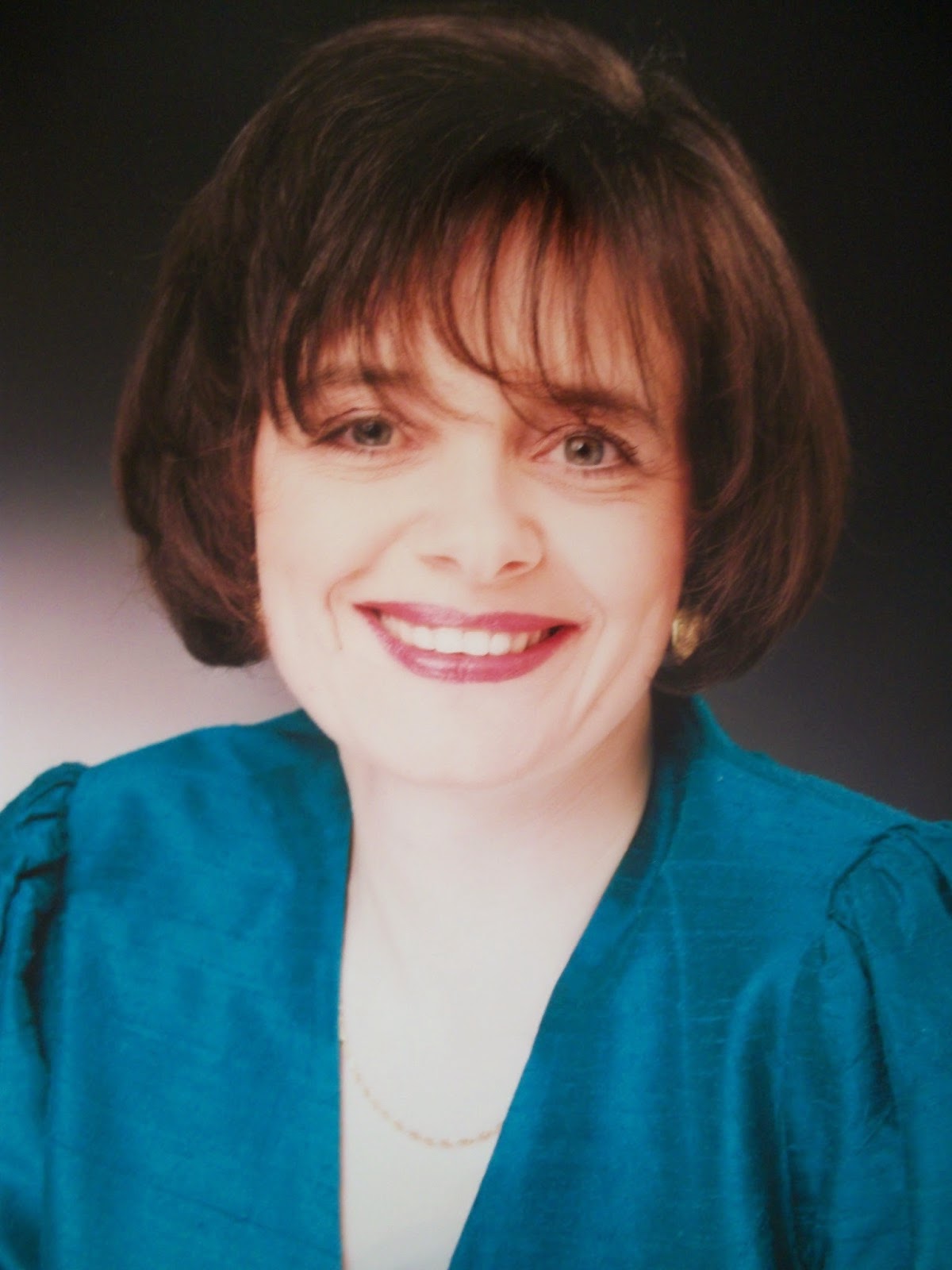 A lot of people have said our work is seamless – this is probably because we take and write a chapter each (after compiling a structure) but we don’t leave it at that.  We then swap our work so the other can read it and suggest changes if necessary. Because of this, we’ve both grown thick skins when it comes to critique! There are times when we compromise and times when we dig our heels in and insist something stays as it is. It’s not always easy, but more often than not, we’re on the same page when it comes to developing the story.

Your first published novel was Beneath an Irish Sky. Who or what inspired the story?

It was inspired some years ago, after seeing a TV series called “Sex Chips and Rock and Roll,” which starred Joe McFadden as a feisty young Irishman.  The character of Luke and the general story just presented itself. There was no ‘coming up with a plot’, no sitting at the PC chewing on a pencil.  It literally did just arrive unannounced.  And the characters all came ready-named too!

The follow-up to your first novel is An Irish Promise. Some authors find sequels are very difficult to write. Did you find it hard to continue your own story, or did everything flow and did you not have any problems? 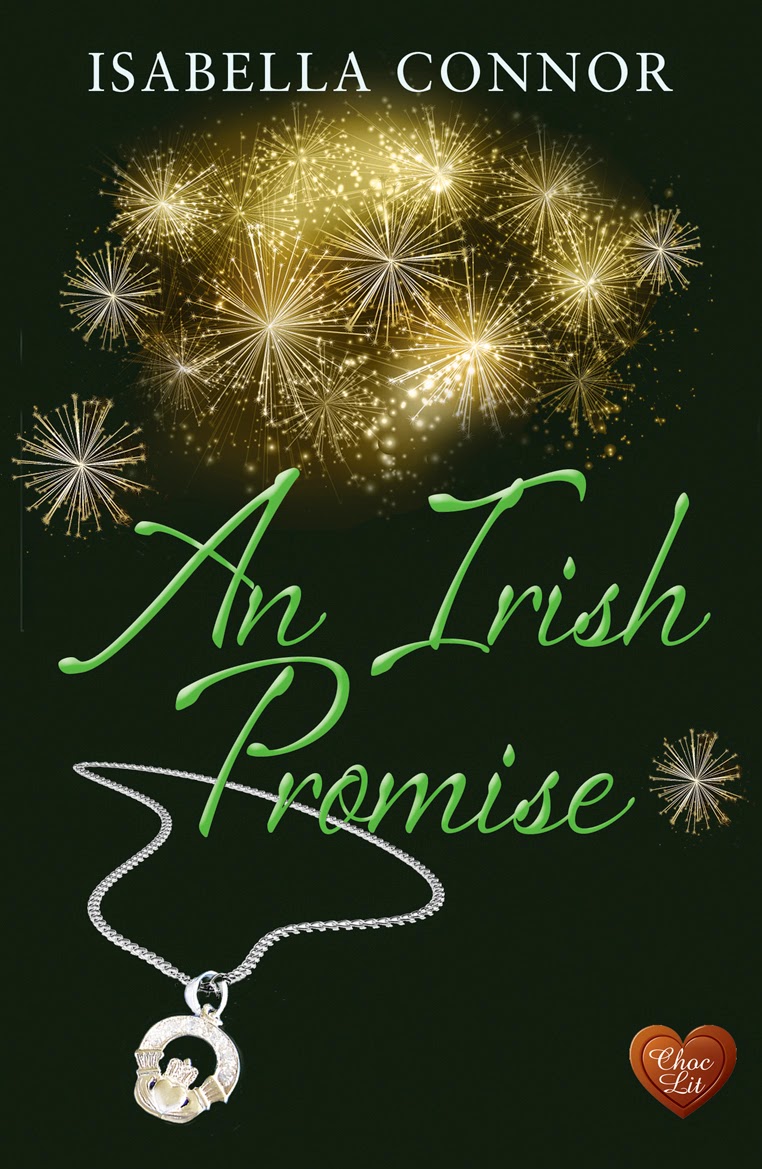 An Irish Promise is a stand-alone story, not a sequel, although there is one character from Beneath an Irish Sky in it – and probably not one you’d automatically think of.  There are some other similarities between the novels: both are set in villages, and show the effect on a small, tight-knit community when a stranger comes in and turns everything on its head, and both novels also deal with a different type of discrimination. We always know the ending of our novels before we start, so that does make the writing process much easier. There are quite a few plot twists in An Irish Promise – those were probably the most challenging to develop and write.

Do your own lives inspire your work in any way?

Liv: Maybe not my own life, which would probably be as interesting as making a novel out of the phone book, but I do get ideas from things I read, or from what other people say.
Val: Indirectly, I think. For example, An Irish Promise focuses partly on bullying. I’m a teacher, so this is an issue that unfortunately schools often have to deal with. The incidents in the novel are fictional, but the motivations behind bullying and the effects that bullying can have – on the victim and the instigator - is something that I’ve become aware of through my job.

Your publisher, the award-winning independent Choc Lit, insists romantic heroes need to be irresistible. What combinations of qualities make your own heroes irresistible?

A hero doesn’t need to be heroic.  The right qualities – such as kindness and a sense of humour - can make any man attractive. In Beneath an Irish Sky, Luke wasn’t a typical hero – slightly built, inexperienced, but very principled and very loyal. Finn in An Irish Promise is more of a conventional hero in the physical sense, but both characters are vulnerable and this is one quality that will probably always be present in our heroes, as we think a certain level of vulnerability in a man is appealing. Our heroes will always have flaws. Otherwise we’d have to change our genre to Fantasy! J In our books we generally have a heroine who is more than capable of looking after herself, not one depending on a man to be strong for her.

You live in different time zones. Do you manage to communicate effectively from day to day?

It’s not always easy, but email and the telephone are very useful. Well that’s an understatement. They’re imperative. We tend to catch up with each other by phone at the weekend, so we can resolve any issues.

Do you ever have such a thing as a typical writing day?

Liv: I rarely get the time to devote to writing without any interruptions, so maybe that’s typical for me.  I love Saturdays during the football season because my other half is generally out most of the day.
Val: I do try to write regularly – after work and at weekends. That means household chores often take a back seat to writing, and I try to ignore the sinkful of dishes and the piles of laundry as long as I can.
Liv:  I don’t even notice those....

How did you feel when you got your first publishing deal?

Liv: Stunned. Ecstatic. Excited. I still am all those things.
Val: Over the moon. I phoned everyone I knew to tell them about it. Then the next day, I splashed out on an original piece of art – a lovely abstract of a garden in the rain. I justified it as one artist paying it forward to another.

What is particularly inspiring and appealing about all things Irish?

Liv: Where do I start? It’s magical. The country, the people, the history, the charm…and the accent. If I was on a jury and the defendant was Irish, I’d be hard pushed to find him guilty!
Val: The Irish have a great sense of humour. Plus they’re friendly and great communicators. Those ingredients can make for very appealing fictional characters.

What’s next for Isabella Connor?

In the immediate future, working on promoting An Irish Promise, and there is at least one more ‘Irish’ novel in the pipeline.  We’ve had a lot of requests for a sequel to Beneath an Irish Sky, so that’s a possibility.

When your fairy godmothers finally get round to visiting you, what will you ask them to do for you?

Liv: To have our ‘Irish’ novels turned into six-part TV series. J
Val: And to be involved in the casting process, especially for our heroes!

What single piece of advice would you offer a novelist working towards commercial publication?

Liv: Write about what you know, and what you would like to read.
Val: If you’re writing romantic fiction, join the RNA New Writers’ Scheme. The critique is invaluable.

Isabella Connor has a blog at: www.blog.isabellaconnor.com
Liv’s blog is at: http://livbet.webs.com/

You can find Isabella Connor’s books on Amazon:
http://www.amazon.co.uk/Beneath-Irish-Sky-Choc-Lit-ebook/dp/B00DRMZVSE/ref=pd_rhf_ee_p_t_1_QS11

Posted by Margaret James at 8:15 PM