As a novelist, I spend quite a lot of time in the company of imaginary people. So, once in a while, it's good to get out in the real world and meet some real people.

Yesterday was a lovely event at which I met readers and other writers from various locations all over Devon, made some new friends and hopefully found a few new fans, too. 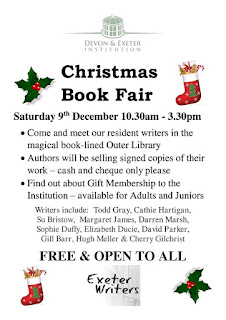 This is a photograph of yesterday's event at the Devon and Exeter Institution, a historic library on the Cathedral Green in Exeter. Its magnificent Georgian roof lantern recently been restored to its former glory and now sheds a mellow light on everyone in the library below. The DEI is well worth a visit. It's a privately owned building but there are many events (like yesterday's) which are open to the public and they're held all year round. 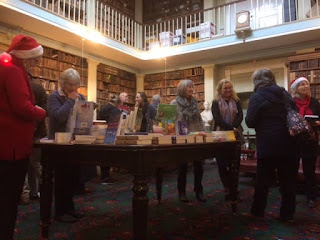 Posted by Margaret James at 6:01 PM