It's always lovely to meet a new novelist whose work I enjoy, so I was delighted when award-winning author Morton S Gray popped over to my blog to tell me about the inspiration for her Borteen Bay series of stories (three to date - more to come, hurrah) all set in the fictional seaside resort of Borteen. 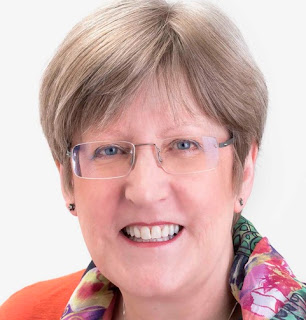 Morton says she has been reading and writing fiction for as long as she can remember, penning her first attempt at a novel aged fourteen, the plot closely resembling the Errol Flynn films she watched with her grandmother every Sunday afternoon. However, she didn’t take her writing seriously until much later in her life.

Her debut novel The Girl on the Beach was published after she won the Choc Lit Publishing Search for a Star competition in 2017. She tells me she is still immensely proud of (and stunned by) the win, which allowed her to achieve a lifetime ambition of holding her own story as a paperback book. 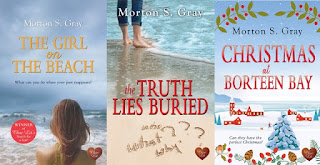 So - what's the starting point for this first novel?

It follows a woman with a troubled past as she tries to unravel the mystery surrounding her son’s new headteacher, Harry Dixon.

Morton based The Girl on the Beach in a fictional seaside town called Borteen and has to date published two other novels set in the town. If you see her staring into space, she says she is most likely walking around the streets of Borteen in her mind and greeting its inhabitants, all of which feel very real to her. A hand drawn map of Borteen hangs on her study wall and she has a document called The Borteen Bible which details all of the buildings and residents of the town and ensures consistency.

Although each book is stand-alone, fans of Morton’s Borteen series will get enticing glimpses of the characters they know and love in each of the books.

Her second book The Truth Lies Buried is another romantic suspense novel and tells the story of Jenny Simpson and Carver Rodgers as they uncover secrets from their past. The third in the series, Christmas at Borteen Bay, follows the story of Pippa Freeman, who runs the Rose Court Guesthouse in Borteen with her mother, and of local policeman Ethan Gibson. As Christmas approaches, they unravel a family secret.

What does Morton do in her spare time, that's if she has any?

She tells me she enjoys crafts, history and loves tracing family trees. Inevitably, these hobbies appear in her stories.

She is also working on several more novels set in Borteen.

Buy her books from a platform of your choice here: