I've just got back from a fabulous weekend in Bedford which for a few days was literally turned over to the Festival of Romance.  So everything in the town went pink.  Well, not entirely pink, but fairly pink in places! There were also lots of Regency soldiers, kilted Scotsmen and ladies in long frocks materialising in front of some of Bedford's gorgeous Georgian buildings. 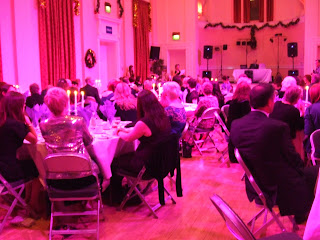 The awards dinner and dance was held at the historic Corn Exchange which went - you guessed it - very pink for the evening - see above! 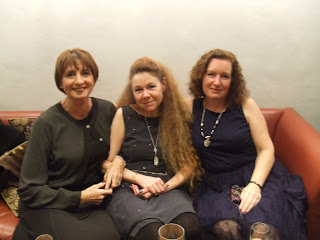 It was a wonderful night for my own publisher, Choc Lit, which was awarded the hugely coveted title of Publisher of the Year.  Choc Lit's already multi-award-winning author Christina Courtenay also scooped the award for Historical Novel of the Year.  Christina's in the middle, sandwiched between Choc Lit authors Liz Harris and Sue Moorcroft.


The full list of award winners can be found here: http://jerasjamboree.wordpress.com/2012/11/17/festival-of-romance-award-winners-announced/ on Jera's fantastic blog about all things with a literary buzz - thank you, Jera!  There are lots of photographs on this link, too.


Several wildest dreams came true that evening, with three people getting publishing deals from Entice/Piatkus/Little, Brown - congratulations, Celia Anderson, Terri Nixon and Beth Chambers, whose novels will all be published next year. 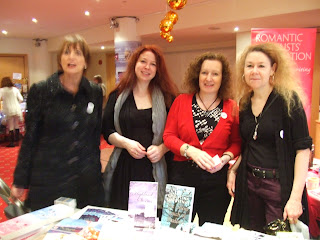 I had a great time and am already looking forward to next year's Festival. But this week it's the Romantic Novelists' Association's Winter Party - so there's more fun, pinkness and glitter coming up!

Who said November is the dreariest month and that's why she was born in it?  I believe it was Jo in Little Women. You should have skipped a century or two and joined the RNA, Jo March! We romantic novelists would have shown you a good time!
Posted by Margaret James at 12:47 PM