If you've read the post below this one (and if you haven't, now's your chance) you'll know that today the literary West Country was well and truly put on the map with the presentation of the very first Exeter Novel Prize.

The ceremony in the historic St Stephen's Church in central Exeter was very well attended by writers, readers and their families and friends.  Our guests of honour were our local MP, the Right Hon Ben Bradshaw, and the London literary agent Broo Doherty who judged the shortlist and presented the prizes. Here are Ben, Broo and the six shortlisted authors. You can click on the photographs below to enlarge them. 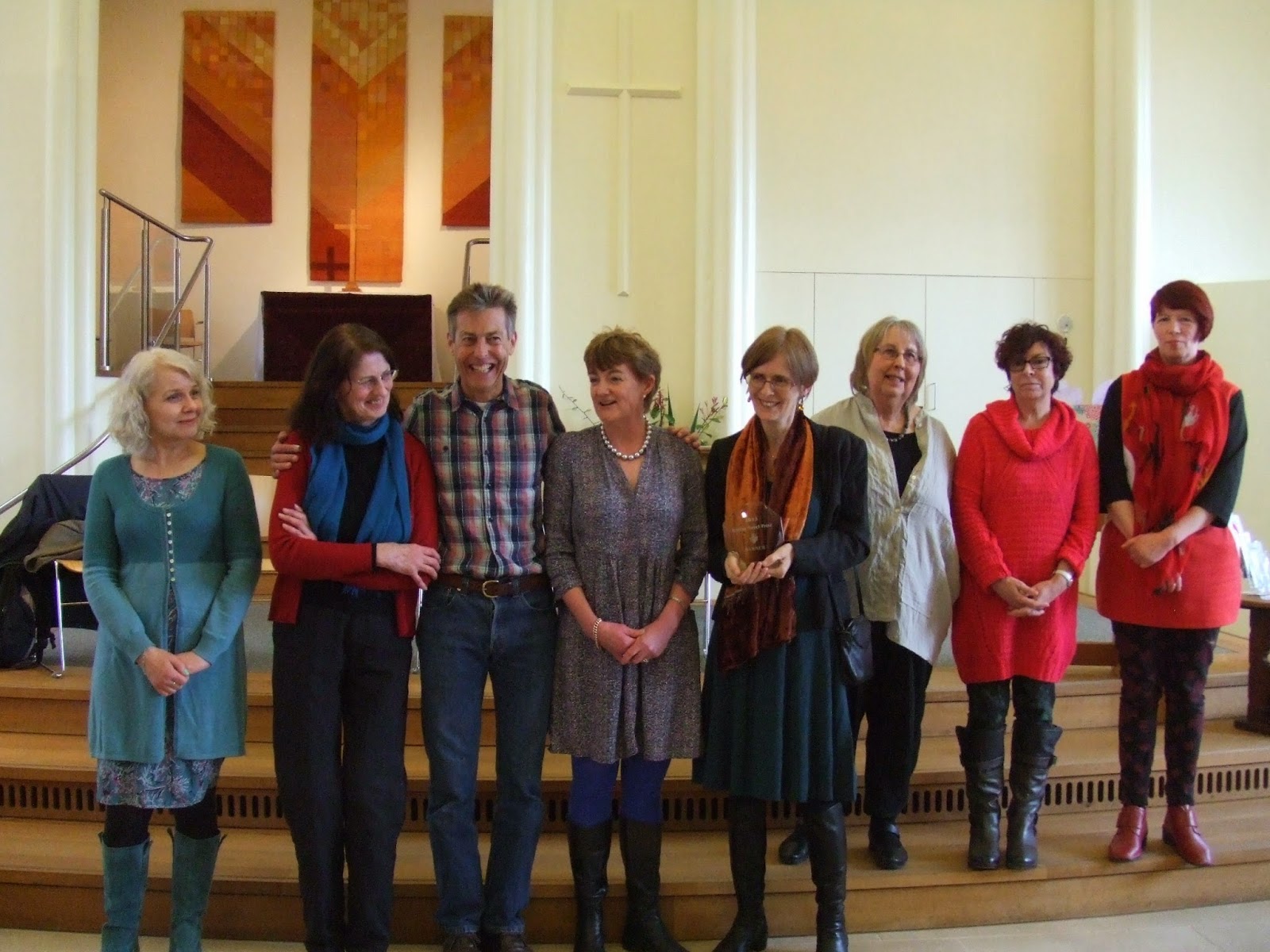 Tension mounted as Broo read out her appraisals of each shortlisted novel and finally announced the winner. Since we on the CreativeWritingMatters team were as much in the dark as everyone else, we were bating our breath along with the whole room. Now I'm going to make you bate yours while I show you some photographs of what was a wonderful afternoon.

Ben Bradshaw must be one of the most popular MPs in the country and this afternoon we all understood why.  Friendly, interested in what the Exeter Novel Prize is all about and totally charming, we were delighted he could come.  Here he is with the CreativeWritingMatters team of (left to right) Margaret, Cathie and Sophie. 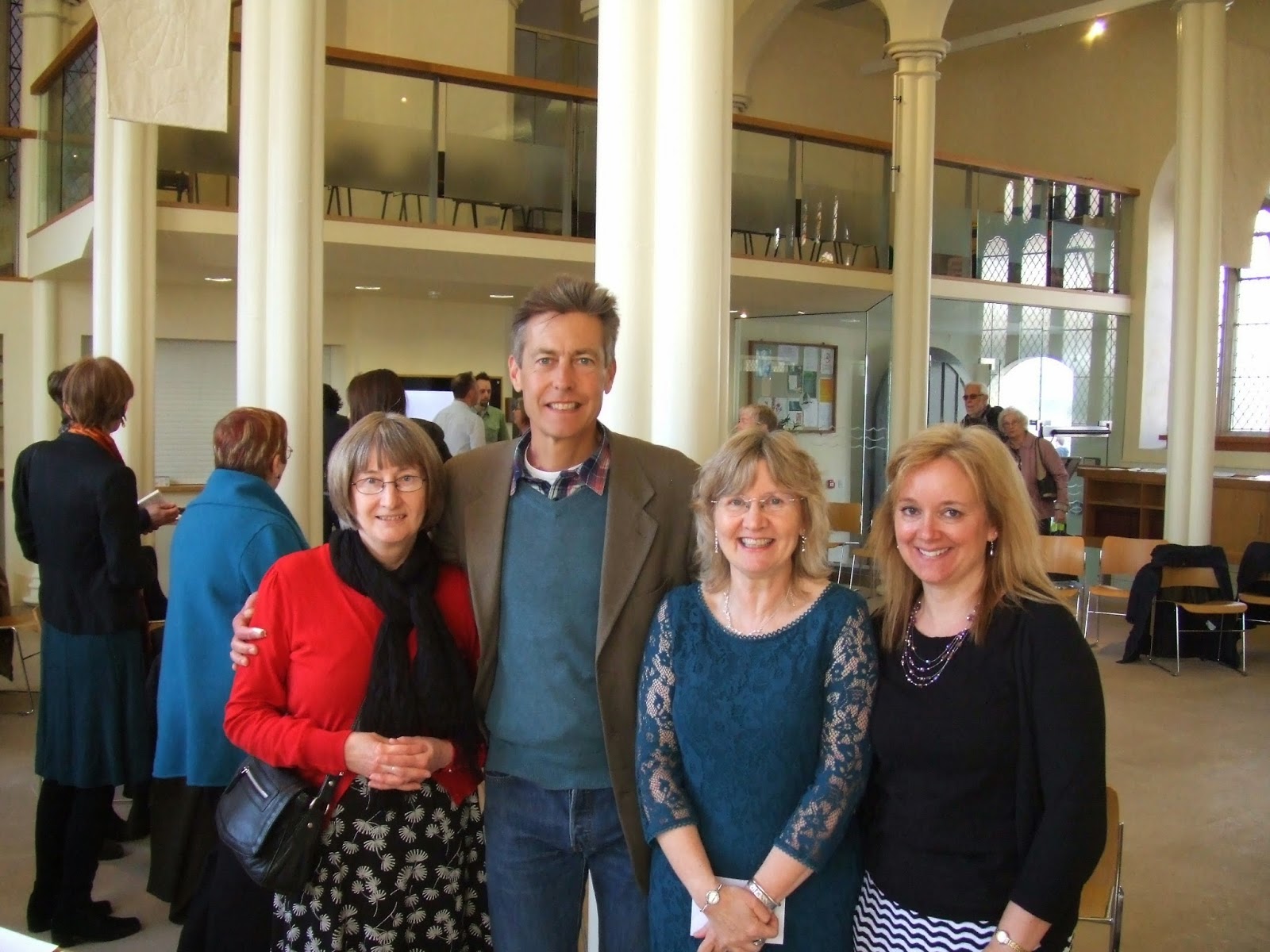 When it was time to begin the serious stuff, we asked the six shortlisted authors (details in the post below this one) to come forward. They looked somewhat apprehensive. Who would win the gorgeous crystal trophy and the cheque for £500, kindly sponsored by Exeter Writers? 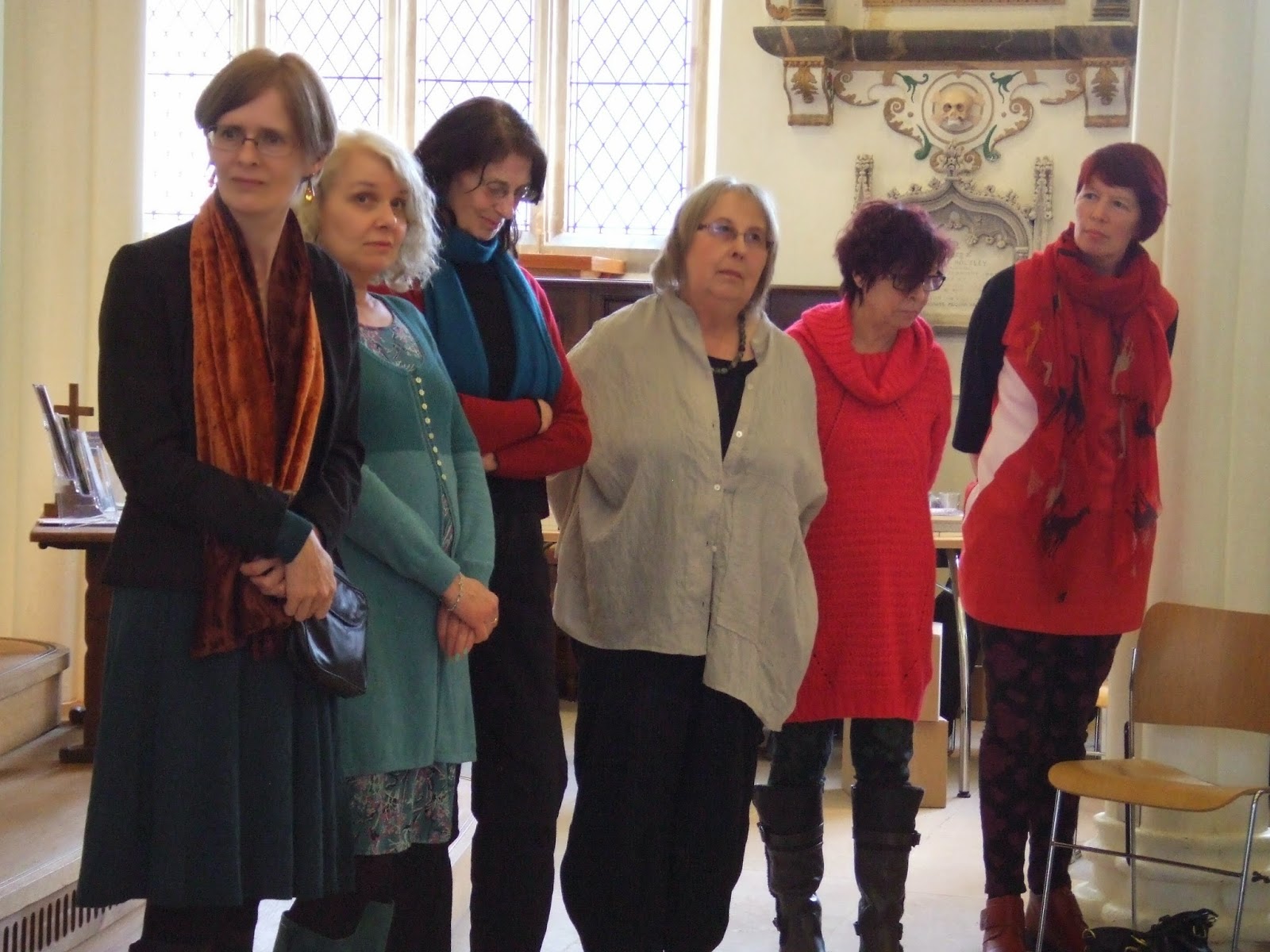 Then Broo read her comments and it became clear she was hugely impressed by the standard of the entries. The authors are all very accomplished writers, said Broo and, since they are among the final six in a total entry of more than 250, they could all consider themselves winners. 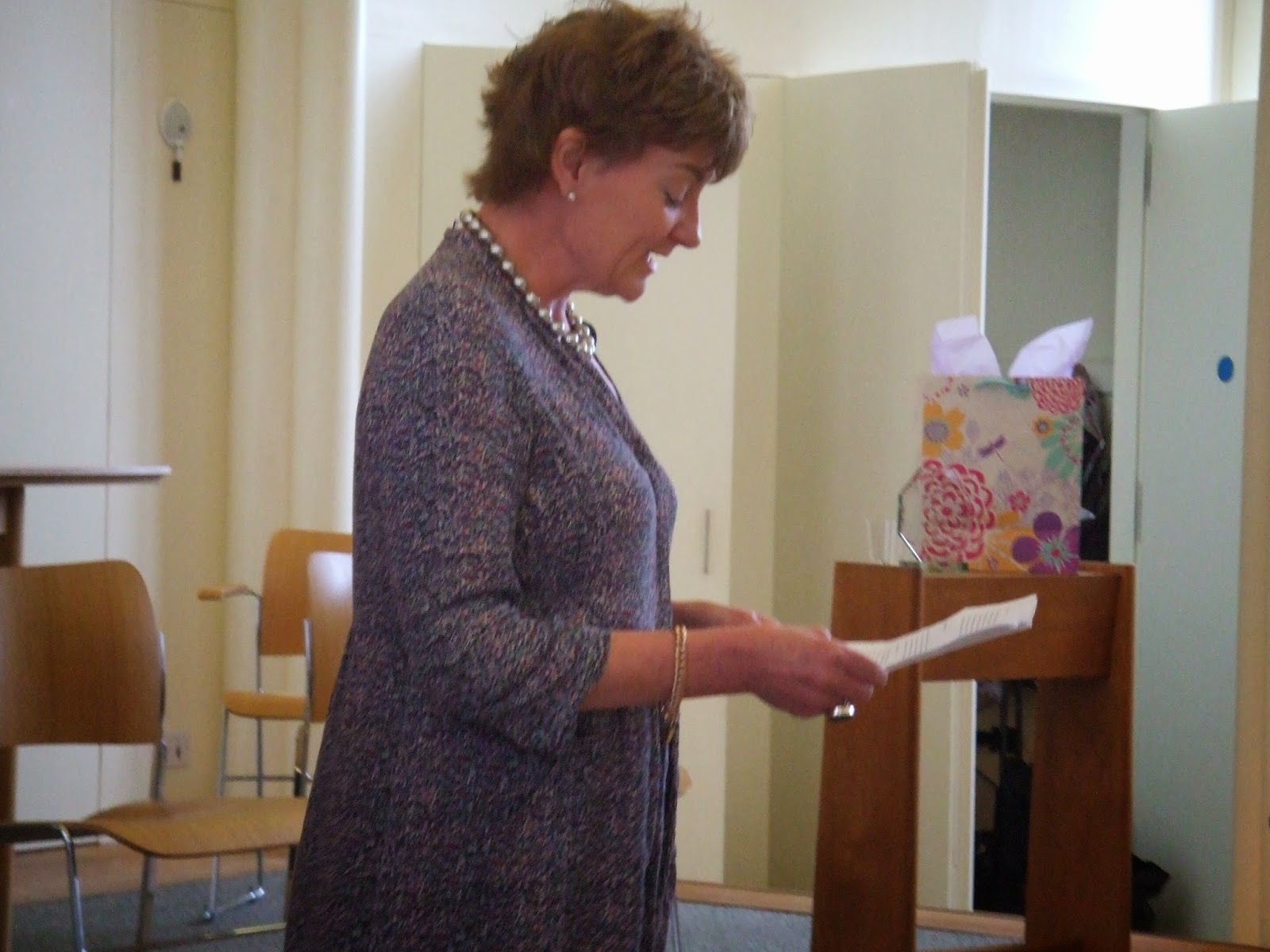 But there could be only one overall winner - and  we are delighted to reveal that the winner of the very first Exeter Novel Prize is Su Bristow, for her novel Sealskin. Here is Su looking shocked but also (we hope) as thrilled and as excited as us. 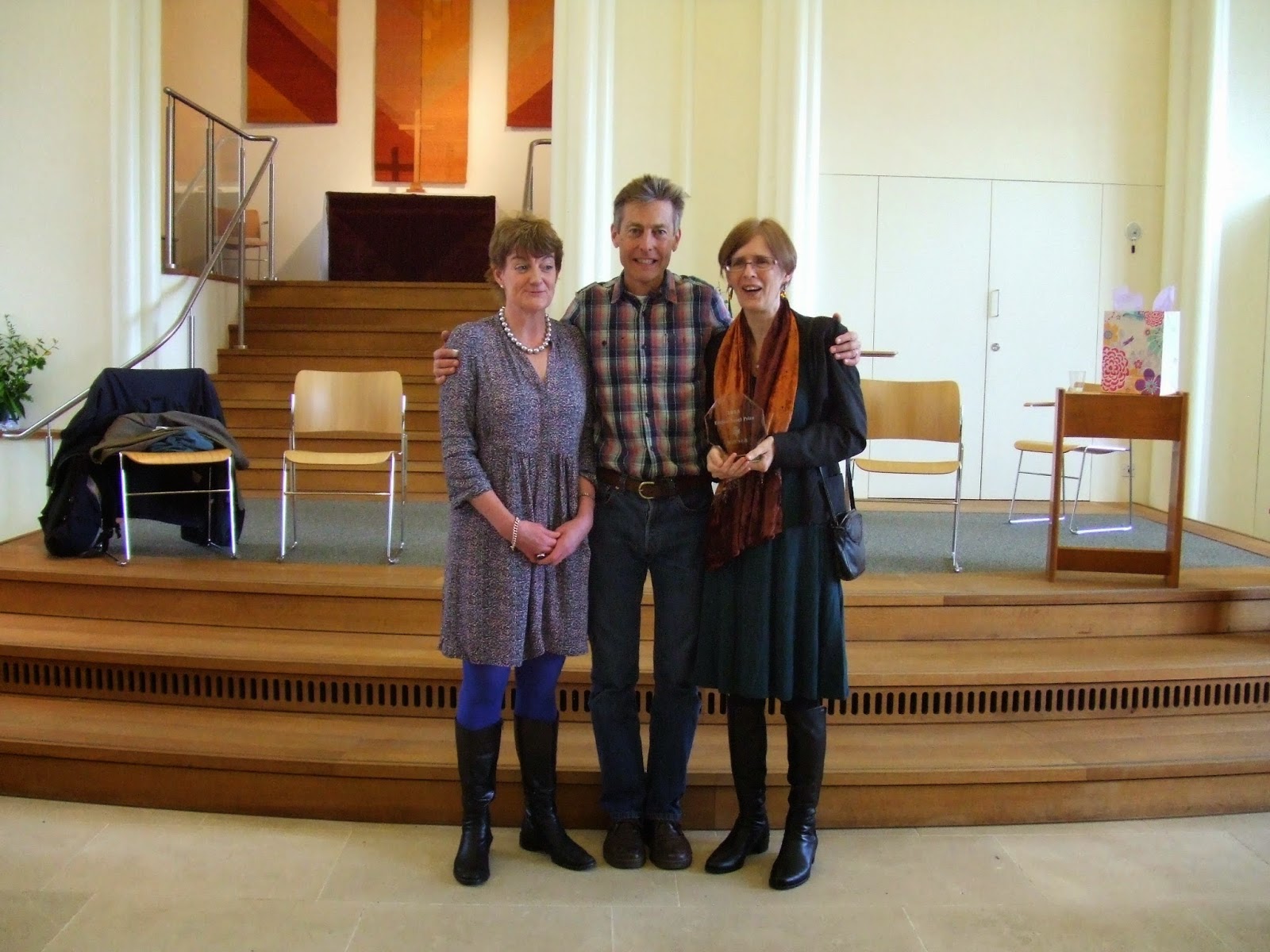 Many congratulations, Su - may this success mark the beginning of a wonderful career as a published novelist for you!

This afternoon, Exeter Writers also launched its third anthology featuring the work of members and the past winners of our annual short story competition.  Expertly put together, typeset and produced by Exeter Writers members Julie Collings and Ruth Cohen, we are delighted to show you the result. 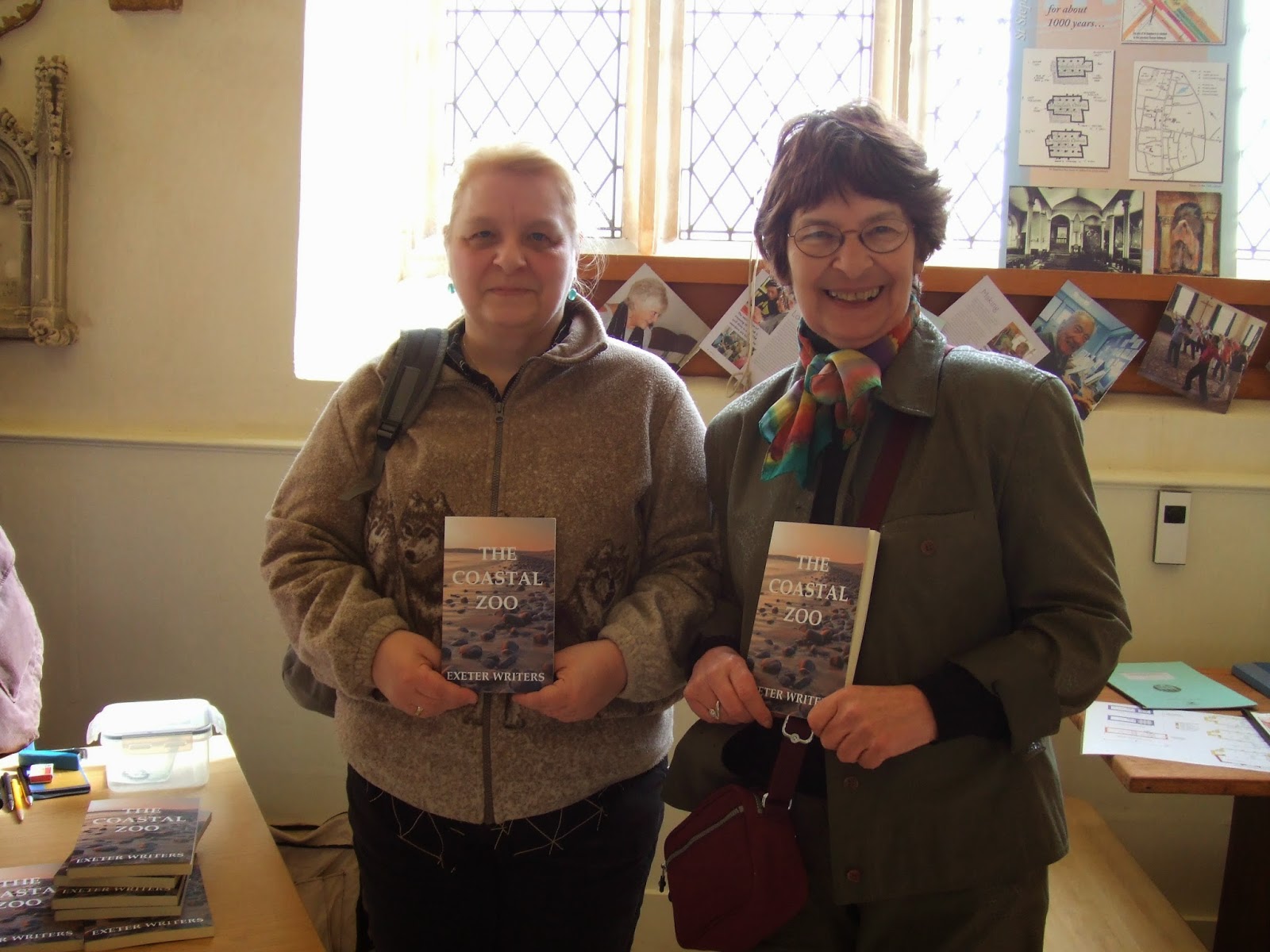 Our guests today all seemed to have a good time.  The CreativeWritingMatters team is already looking forward to welcoming everyone to the next Exeter Novel Prize awards ceremony in 2015! 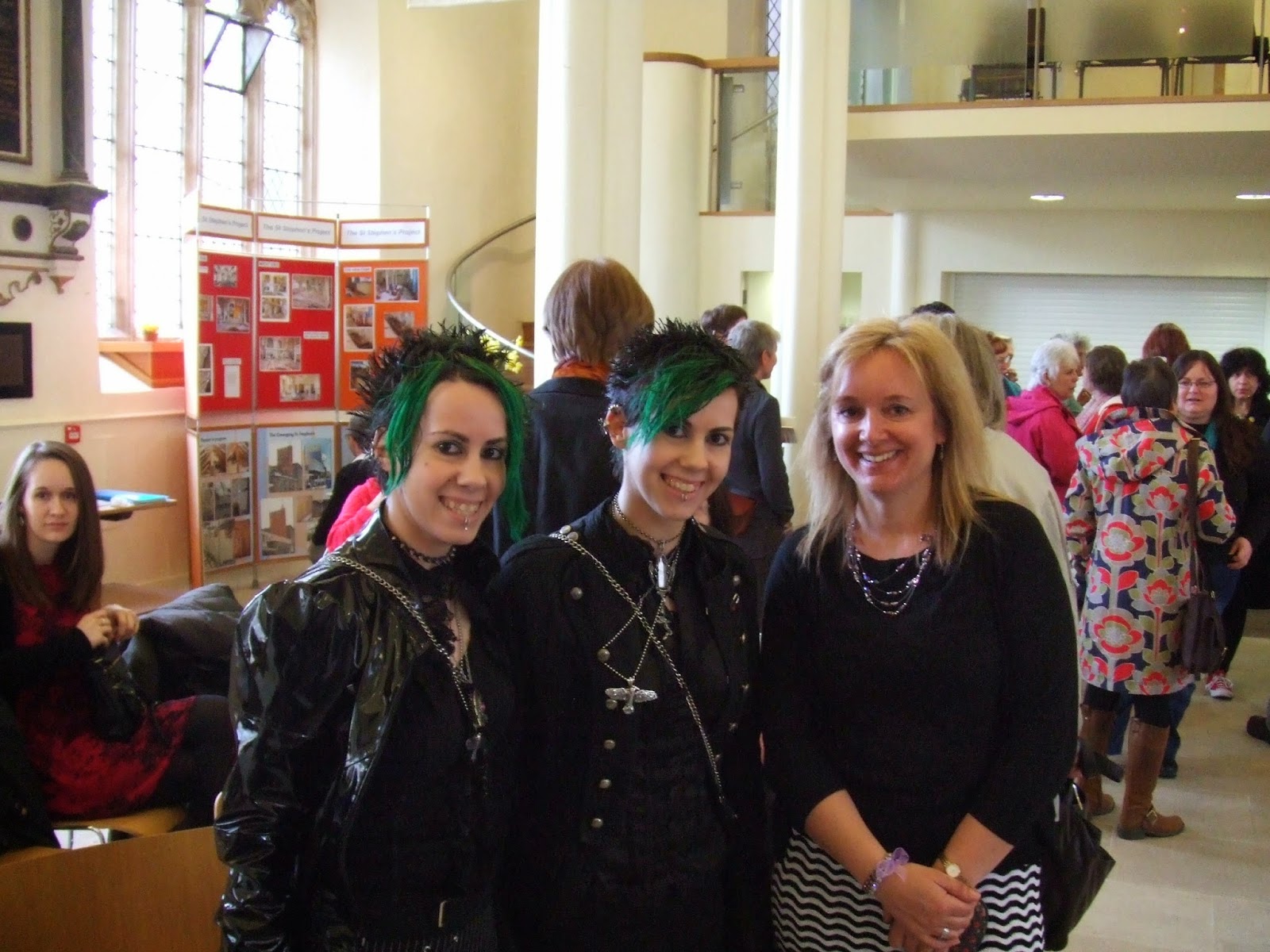 Posted by Margaret James at 9:22 PM