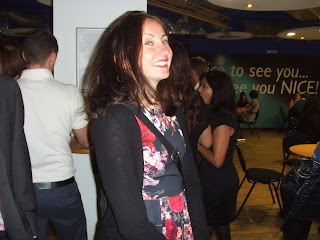 We had a wonderful evening. It started with the recording of some links for future shows, and this was totally fabulous because I had a chance to listen to one of my absolute heroes performing live. We were told that if we revealed who it was we would be hunted down and executed, so I can't tell you. But he was just amazing, and I was so glad I'd had the chance to see and hear him perform. Then there was the dancing and that was fabulous, too. The judges were mean to Victoria. She wasn't as bad as they said.

We weren't permitted to take photographs during the show, but I nipped around with my camera when I was allowed and here's me with my new cuddly friend - 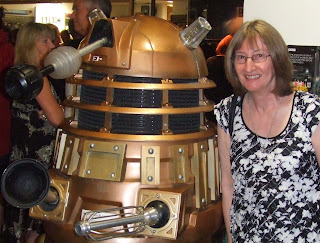 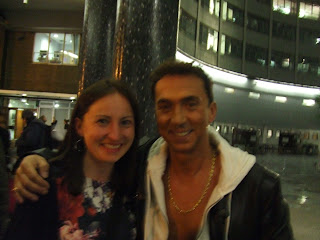 and DD2 with Bruno, her new cuddly friend. We didn't catch Craig on his way out. We think he was avoiding us!

We had such a great time we're going to apply for tickets for the next series. Apparently, a million people applied this time around. So we're going to have to be very, very, very lucky to go again. We'll make sure we arrive early next time.